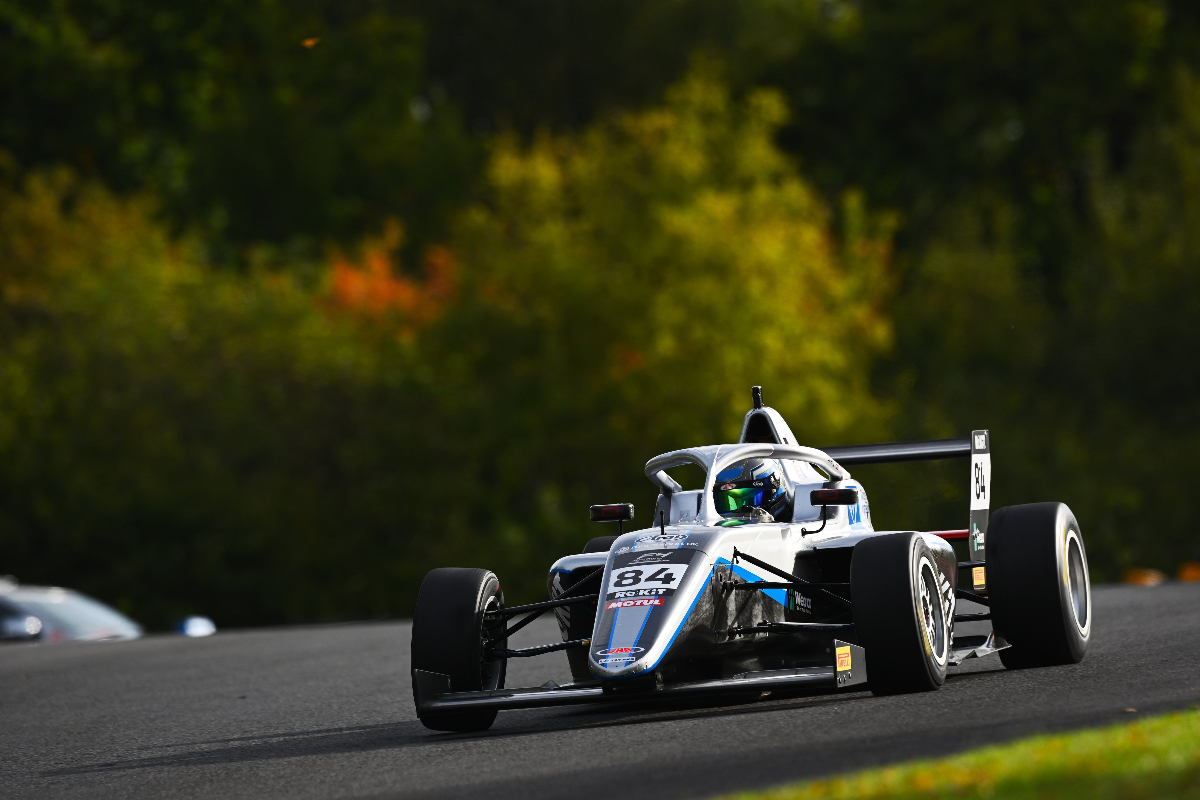 Loake improved on his final lap to go quickest with a 1m23.789s lap. It knocked Gray off the top spot, with the Carlin driver ending qualifying 0.038 seconds behind. Pending a post-season decision in Motorsport UK’s National Court, it means Gray currently remains able to beat the absent Alex Dunne to the title.

Dunne leads Gray by 102 points at the top of the championship, and Gray can score 76 points by taking victory and fastest lap in all three of this weekend’s races. Eight of those points would come from positions gained in the reversed-grid race two which he will start from ninth on the grid.

Last month Gray lost a victory at Silverstone to a three-second penalty for a clash with Dunne. It cost Gray 13 points as it dropped him to fourth in the race result, then he was penalised a further three points. That is being appealed, but is not being heard in court until post-season. Should that decision be overturned then there is a 19-point swing in Gray’s favour, and should Dunne then be retrospectively penalised – which British F4 has told Formula Scout is a possible outcome of the case – then Dunne would lose a further nine points if it were an identical set of penalties as to what Gray currently has.

That means Gray could potentially finish the season on 402 points, while Dunne may end 2022 on 400 points.

Ugochukwu, Aiden Neate and Edward Pearson all took turns at the top of the order, but Loake was consistently at the sharp end of the field.

A 1m23.874s lap put Loake at the top of the order and made him the first driver to set a sub-1m24s lap, but then his laptime was then deleted, and Gray moved into first place.

Gray looked secure at the top of the order when team-mate Louis Sharp hit the gravel at Paddock Hill Bend as the chequered flag came out. But Loake had already passed the incident and was finding improvements through the rest of the lap.

His final lap was a 1m23.789s, putting him on pole for race one. He also topped the order on second-best laptimes, ahead of Pearson, while race one frontrow man Gray could only manage third quickest in that order.

Pearson and Daniel Guinchard will fill row two for race one.

Neate and Ugochukwu dropped back to fifth and sixth on the timesheet as others found improvements.