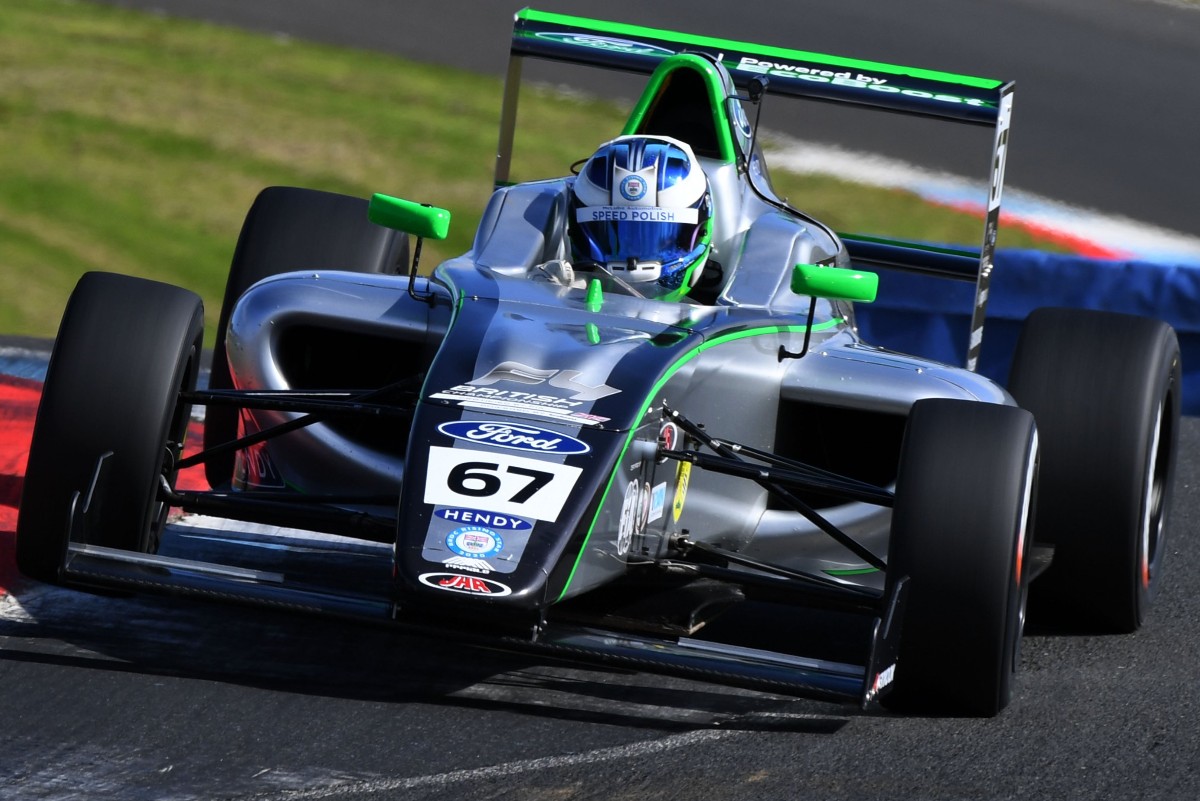 JHR Developments’ James Hedley and Abbi Pulling will fill the front row for the third British Formula 4 race at Thruxton, with Hedley also starting race one from pole.

Hedley jumped to the top of the order with a 1m13.055s lap, 0.224 seconds faster than long-time provisional poleman Casper Stevenson.

While Hedley couldn’t better that with his final flying lap of the session, it did however put him on pole for race three, where the grid is set by second fastest qualifying times.

He starts that race alongside team-mate Abbi Pulling, who matched her best overall qualifying performance of the season to go third fastest overall – just behind Argenti Motorsport driver Stevenson – but then had the better second-best laptime.

Arden’s Alex Connor lines up fourth twice, ahead of Carlin’s Zak O’Sullivan in race one and then championship leader Luke Browning in race three.

Browning’s Fortec Motorports team-mate Rafael Villagomez made the top 10 in the absence of the other Fortec car of Roberto Faria – who is instead racing for the team in BRDC British Formula 3 this weekend.