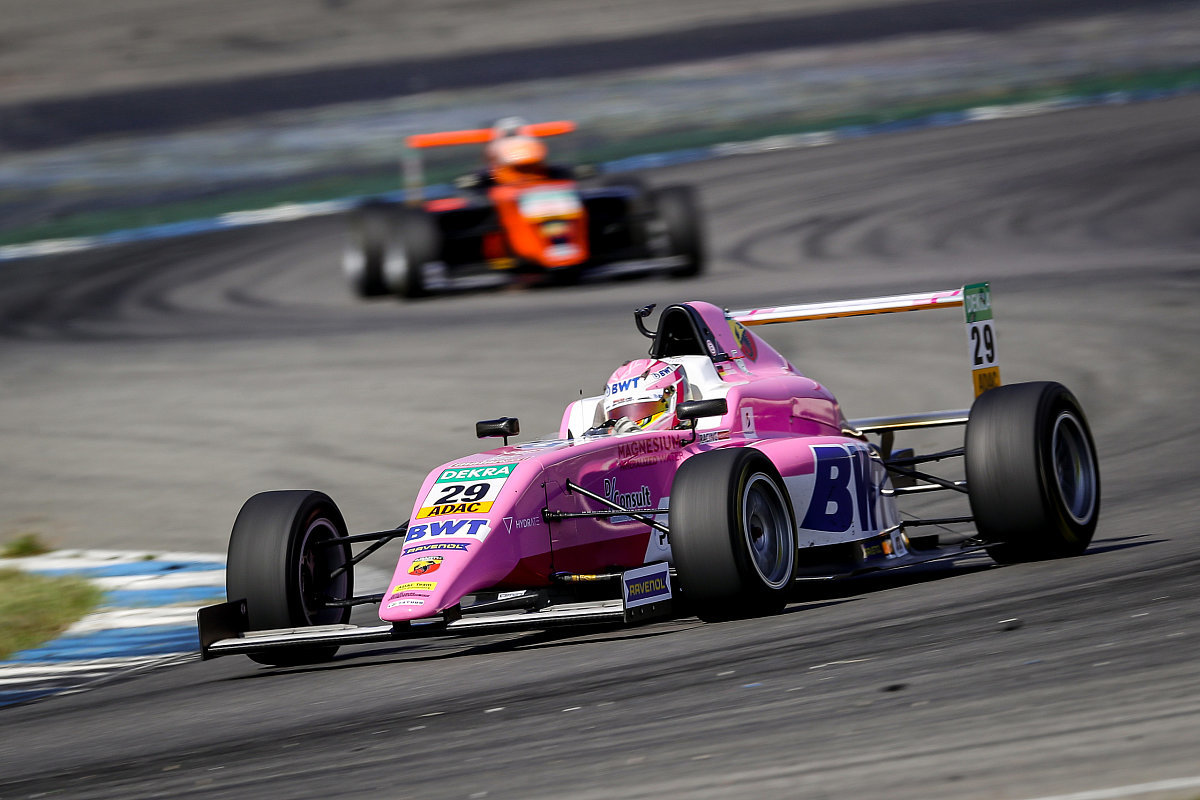 Polesitter Durksen got a good start in the 30-minute race, as Mini came under pressure from Crawford and fellow VAR driver and Red Bull junior Jonny Edgar early on.

Once Mini displaced the pair, he worked his way on closing on Durksen and did so. With a third of the race to go, Mini had a go into the Turn 6 hairpin, but the pair made contact on exit.

Mini’s front-left suspension was damaged and he retired, and Crawford and Edgar benefitted to close in on Durksen. The pair ran out of laps though to make a pass, and Duerksen claimed victory under investigation due to the Mini clash.

US Racing’s Elias Seppanen finished fourth after a slow start, ahead of VAR’s Francesco Pizzi.

Iron Lynx’s Hamda Al Qubaisi and Leonardo Fornaroli were 10th and 11th, gaining spots after a scary moment for R-ace’s Kirill Smal, who got airborne after running wide at the first corner, and for drive-through penalties for track limit violations for Prema’s Sebastian Montoya and Mucke’s Josef Knopp.

R-ace GP’s Victor Bernier and US Racing’s Oliver Bearman started towards the front but both ended the race in the pits after a single lap.