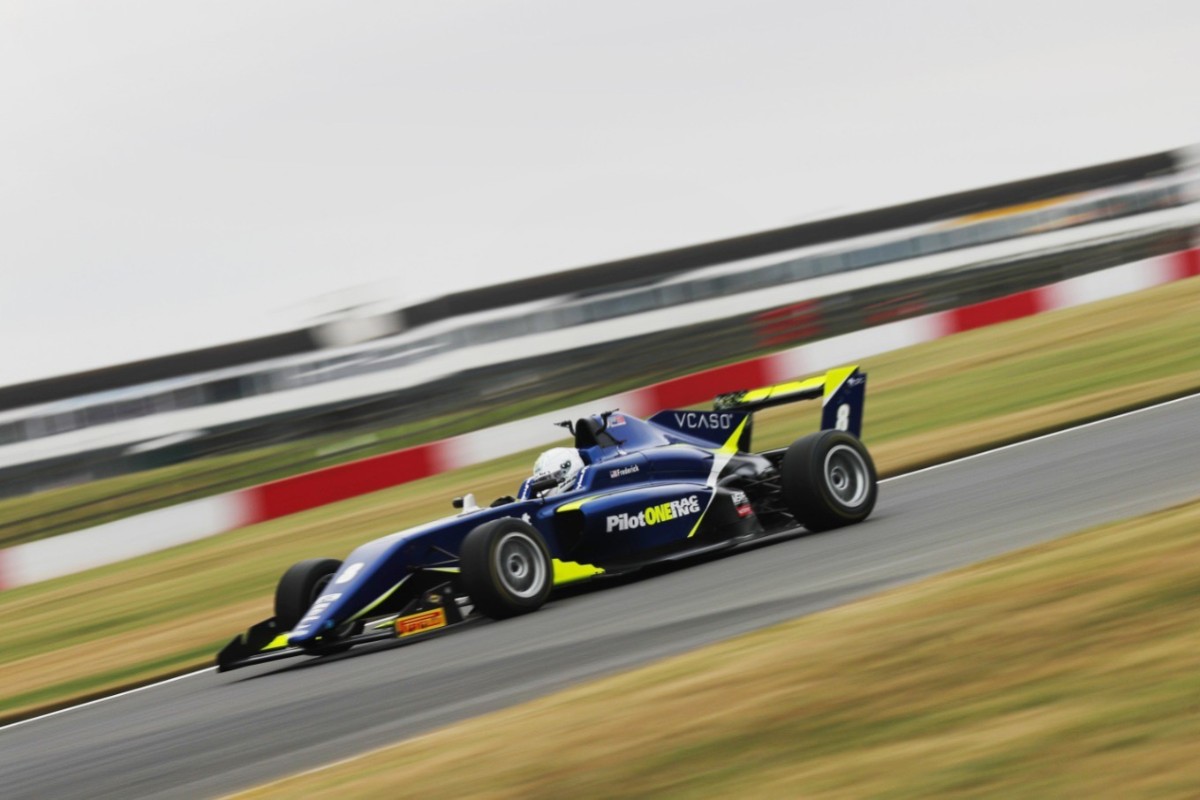 Kaylen Frederick cruised to a double pole in BRDC British Formula 3 qualifying at Donington Park, where it was confirmed Frank Bird would join the grid with Fortec Motorsports.

Carlin driver Frederick went fastest after around eight minutes had passed in the 20-minute session, and after being usurped quickly by championship leader Kush Maini and Ulysse de Pauw, he set another fast lap time just before the halfway point.

Frederick set three further fastest laps, with his race one pole lap of 1m24.804s happening just before the session was red-flagged when fellow American Benjamin Pederson hit the barrier after going off at Coppice with two minutes to go.

The session was declared at that point, with De Pauw taking the other front row starting spot on the grid for race one.

Behind him the laptimes were very close. Hitech GP’s Maini qualified third and just 0.04s slower than Douglas Motorsport’s De Pauw, while Hillspeed’s Sasakorn Chaimongkol and Lanan’s Bart Horsten qualified fourth and fifth with both drivers within 0.057s of De Pauw’s fastest lap.

Maini starts ahead of De Pauw on the second-best laptimes that set the race three grid, with Carlin’s Nazim Azman ahead of Horsten for that race and sixth on the grid for race one.