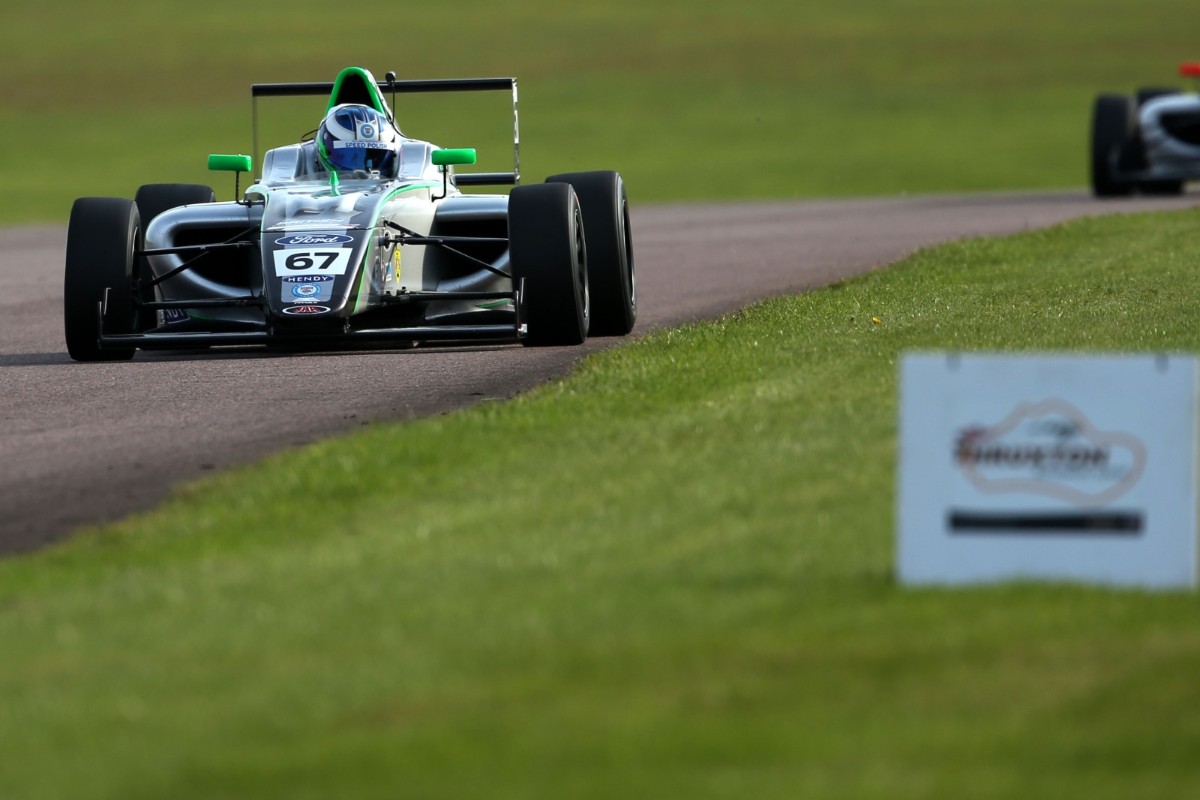 James Hedley dominated the first British Formula 4 race at Thruxton to take his first win since the opening round of the season.

Hedley led from lights to flag and had little challenge from the rest of the field.

He had already begun to pull away from second placed Casper Stevenson on the opening lap when the safety car was brought out to retrieve Matias Zagazeta’s sticken car.

On the restart, Argenti Motorsport driver Stevenson was unable to challenge Hedley, but stuck with the leader.

Over the remaining 11 minutes, Stevenson stayed on the tail of Hedley, ready to pounce if he made a mistake. No overtaking opportunities would come though, as Hedley put in a faultless drive to take his second win of the season.

The battle for third was the closest fought throughout the race. On the opening lap, Abbi Pulling came under pressure from Alex Connor, but a wide moment for the Arden driver dropped him into the clutches of Luke Browning.

By the time he had passed Pulling, Hedley and Stevenson had already built a decent gap. Without the tow he struggled to make progress and had to fight to stay ahead of Pulling.

Browning put up a good defence, and was given brief rest-bite when Connor took fourth from Pulling, but then came under renewed pressure from the Arden driver.

He held onto third to take his eighth consecutive podium finish just 0.130s ahead of Connor.

Carlin’s Zak O’Sullivan pipped Pulling on the final lap to take fifth, while Frederick Lubin was top of the rookie class in seventh.

The grid was down on cars, with JHR’s Nathanael Hodgkiss and Argenti’s Nico Pino both absent.