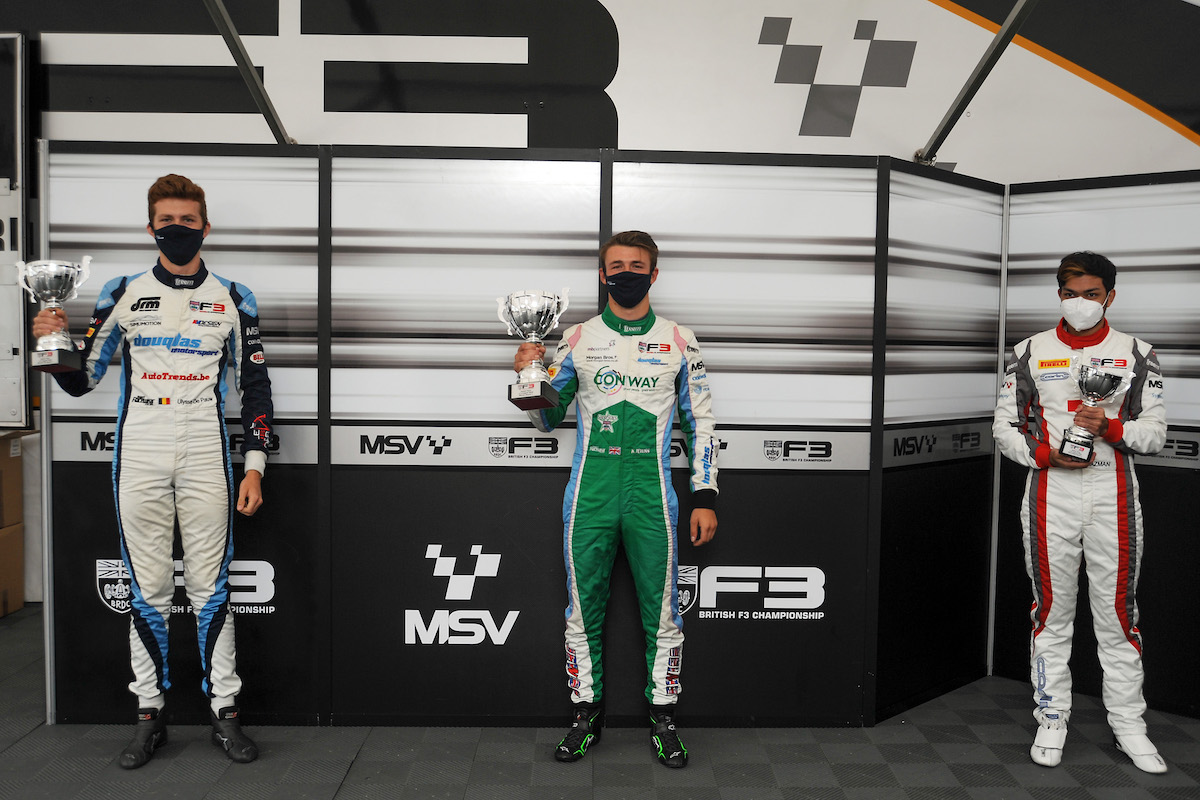 Kiern Jewiss has been awarded victory in the first BRDC British Formula 3 race of the season after original winner Kaylen Frederick was handed a 10 second time penalty for a false start.

Frederick dominated the race after getting the jump on pole sitter Louis Foster off the line, with Foster later given a 10 second penalty in the middle of the race for a start infraction.

After the race, Clerks of the Course reviewed the incident and found Carlin driver Frederick had also jumped the start, with his penalty demoting him to eighth.

Jewiss originally crossed the finish line third, but had already been promoted to second by the chequered flag due to Foster’s penalty.

The victory is Jewiss’ second in the championship after a win at Brands Hatch last year, and gives Douglas Motorsport a one-two with Ulysse de Pauw second and Carlin’s Nazim Azman second.

The third Douglas driver Manaf Hijjawi, who was previously classified ninth, has also been handed a 10 second penalty for a false start.