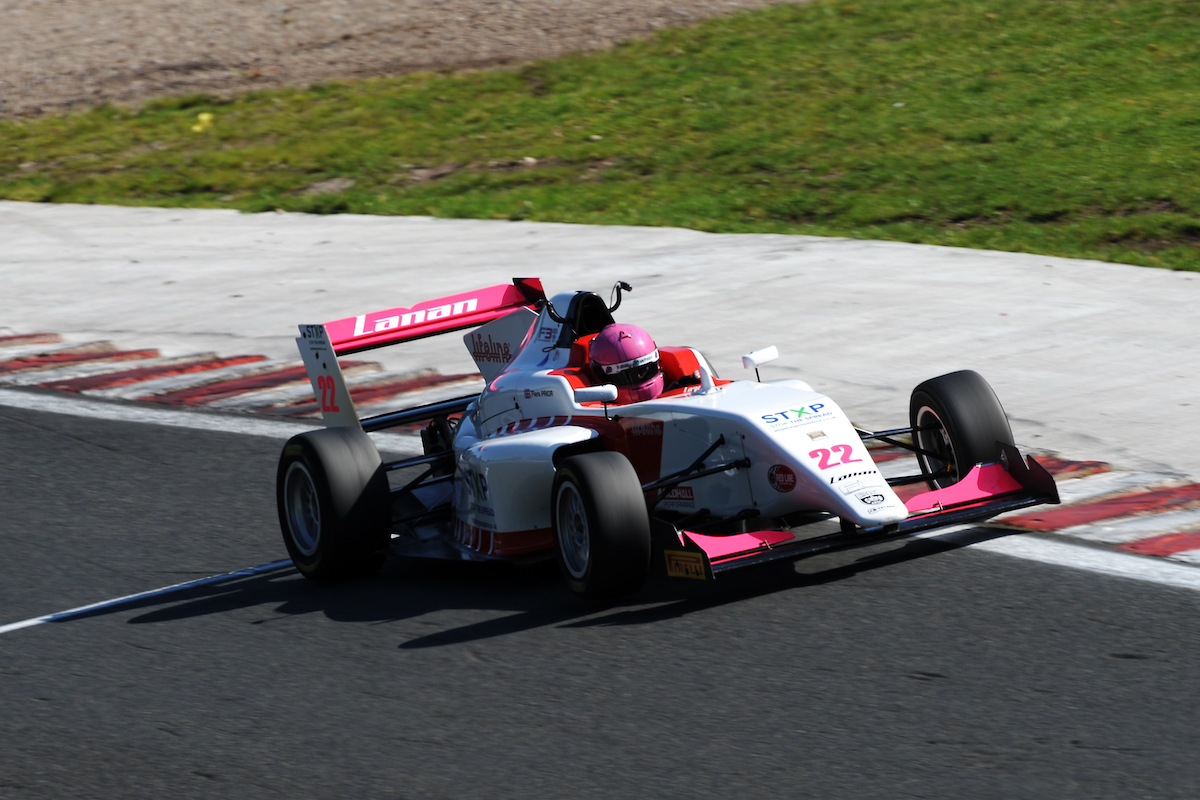 Piers Prior took a lights-to-flag victory in the second BRDC British Formula 3 race of the weekend at Oulton Park from reversed-grid pole position.

The Lanan Racing driver was kept under pressure by Hitech GP’s Kush Maini throughout the race but didn’t put a wheel wrong and finished 0.639s ahead to win on his debut weekend in the championship.

Further back, Bart Horsten and Benjamin Pedersen battled for the final podium position in the early stages of the race, before Horsten was able to pull clear of the Double R Racing driver and secure a one-three finish for Lanan.

Pedersen spent the remainder of the race defending against a train of drivers that led back through to P15 at one point.

Nicolas Varrone and Reece Ushijima, who fell backwards on the opening lap, pushed to try to find a way through, but Pedersen defended well and took fourth, 7.5s behind Horsten.

After a penalty in race one dropped him to the back of the field, Louis Foster hit more problems when he was forced to pit at the end of the lap one. The Double R team went to work at the back of his car, but he was unable to get back out.

Race one winner Kiern Jewiss climbed up to 13th just ahead of the man who won on track, Kaylen Frederick, who had to start the reversed-grid race from the back row despite the 10-second penalty he was awarded after race one.