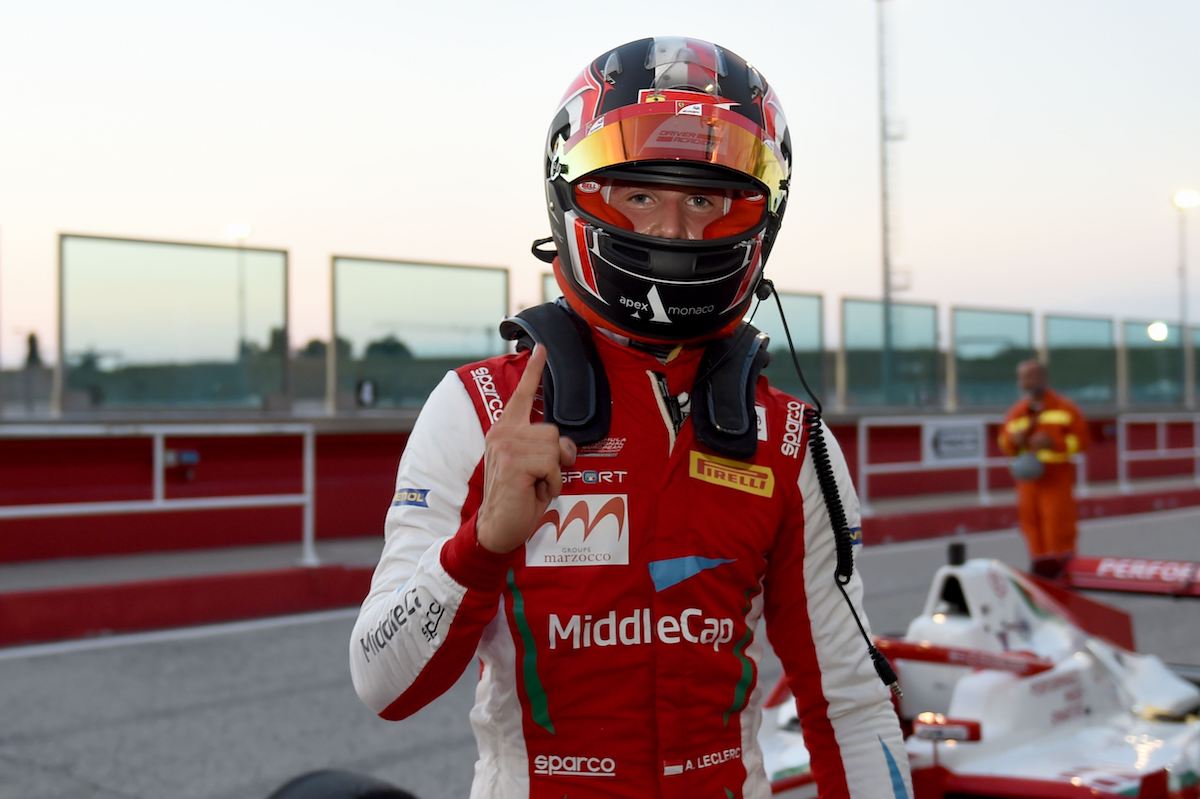 Arthur Leclerc converted pole position to victory in dominant fashion at Misano in the second Formula Regional European Championship race of the season.

Leclerc was untouchable throughout the race, pulling away from team-mate and fellow Ferrari junior Gianluca Petecof to enjoy a managed run to the flag.

He finished 4.7 seconds ahead of the rest of the field to take his first win of the season after a crash in the opening race of the weekend took him out of the race on lap one.

Vips should have started from second on the grid but took a two-place grid penalty after triggering the contact with Leclerc and Petecof in the opening race.

The KIC Motorsport driver was briefly able to challenge Rasmussen for the final podium position but the top four soon spread out through the second half of the race.

Jamie Chadwick spent most of the race holding a train of cars behind her as she fought to keep fifth.

Patrik Pasma and Konsta Lappalainen led the fight, with Pasma managing to get alongside the Prema driver at one point but Chadwick held firm.

Pasma was finally able to find a way through in the closing stages of the race, bringing Pierre-Louis Chovet with him, the Van Amersfoort driver having passed Lappalainen a few laps earlier.

As soon as they were past Chadwick, Pasma and Chovet were able to pull away and began to close in on Vips.

Vips fell backwards to sixth in the final laps, allowing Pasma and Chovet through to take fourth and fifth.