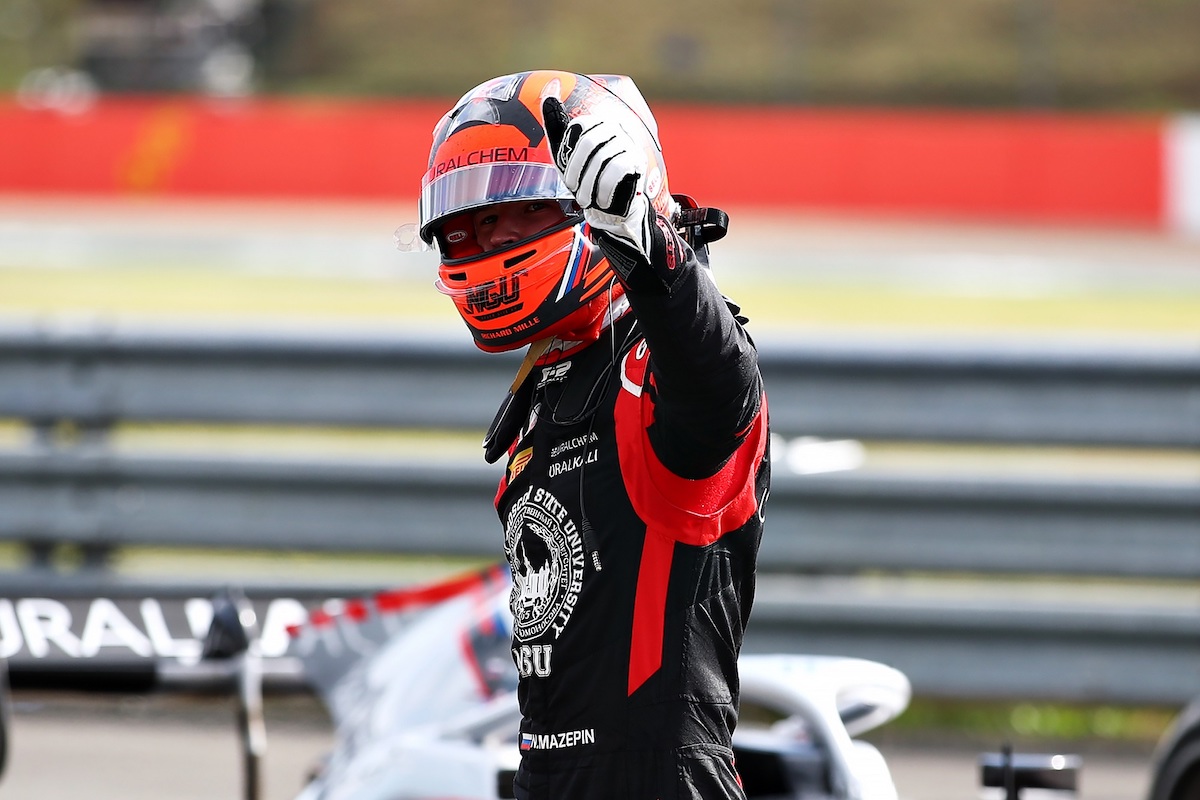 Nikita Mazepin has spoken of the stress he was under on the way to his maiden Formula 2 win in the Silverstone feature race.

The Hitech GP driver started from fifth on the grid but took the lead on lap three when he passed Mick Schumacher around the outside of Stowe.

While it appeared that the alternative strategy may have once again been the strategy to be on, Mazepin was able to finish five seconds clear of the charging Guanyu Zhou for his first victory at this level.

“There was quite some stress towards the end of the race because I wasn’t sure if I should be expecting a car on the alternative strategy coming a few seconds quicker a lap,” Mazepin explained in the post-race press conference.

“So I was very wary on how properly I have to drive and to not make a mistake and as you probably guessed by the end of the race the tyres were very difficult to handle.

“Because of that, it’s very difficult to smile, because it’s not easy to let your guard down and say that it’s OK and the race is finished. But apart from this, I’m over the moon for myself to recover after a difficult year and put in a good trend of a good Budapest, a good qualifying and a good race and hopefully that will continue.

“At the same time I’m extremely happy for my team because it’s their first year and a lot of things are going on behind the scenes, but for the mechanics it’s been so difficult with so many back-to-backs and being on the back foot after seeing the car very late in December for the first time.

“We had some issues and I really have a feeling that myself and the team are starting to work as one and really becoming a strong force to make good results in F2.”

Mazepin also spoke of where he picked up tips from Hitech’s FIA Formula 3 drivers earlier in the day, when Liam Lawson won for the team after a similarly decisive early overtaking move.

“I definitely watched it,” he said. “Apart from being a racing driver I’m also a big fan of racing and to be honest there is nothing I enjoy more than waking up on a Saturday and watching Sky Sports.

“I think the main things you obviously learn in the F3 race is where to position your car, especially on the first lap with many cars around. One of Hitech’s F3 drivers [Max Fewtrell] got caught out by that so I learned not to hang around the outside on Turn 4.”