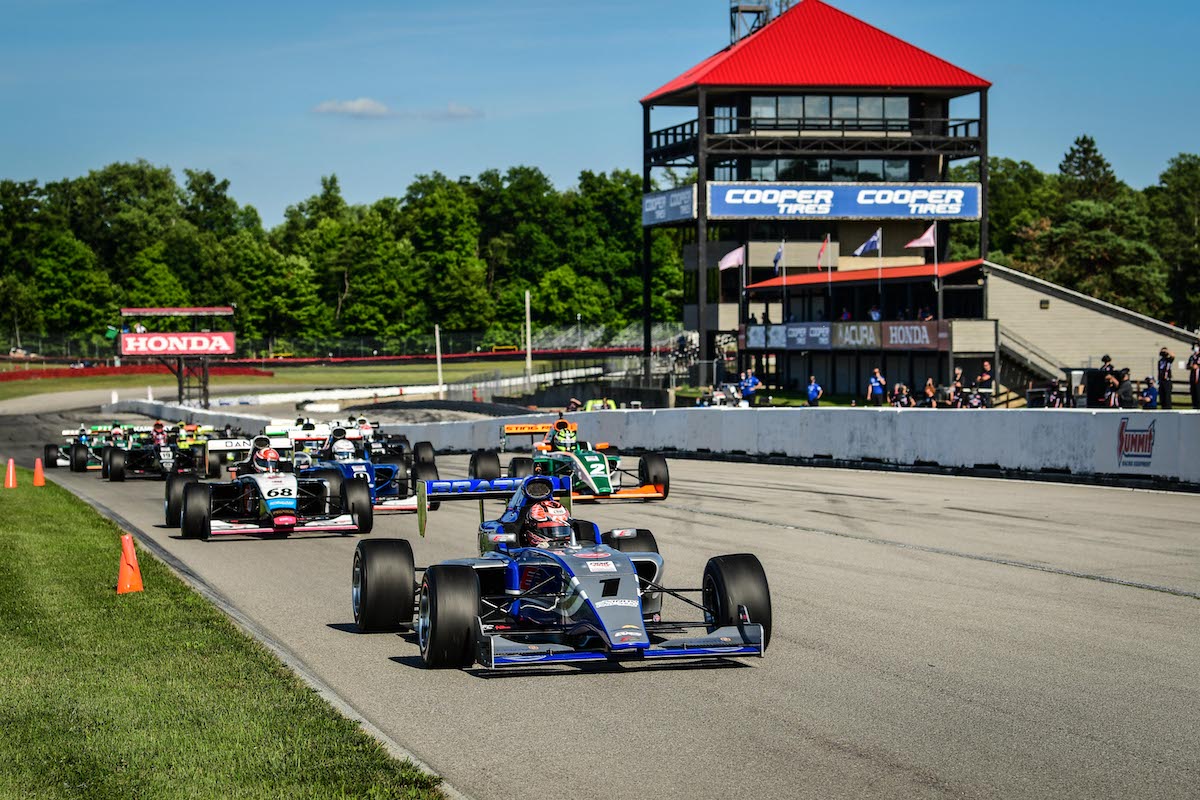 The Road to Indy won’t race at Mid-Ohio again next week after IndyCar and the Mid-Ohio Sports Car Course decided to postpone the event.

Both the Indy Pro 2000 and USF2000 championships were already present at the circuit and raced triple-headers during the week as it tries to run as many races as possible in the remainder of the calendar year, which has been severely affected by the global coronavirus pandemic.

IP2000 was expected to run another double-header at the event, while USF2000 was scheduled for a further three races around the undulating circuit.

Confirmation of the postponement for the support categories was also confirmed by both series on their websites.

While some IndyCar venues have already run races this season, including with fans, the situation within the United States remains challenging at the moment.

“This decision was made through communication with local health officials given the current environment,” a statement from the circuit said.

“Our team continues to work with all of our partners and our local government to identify a date later this year when we can host The Honda Indy 200 at Mid-Ohio. More information will be forthcoming as it becomes available.

“We appreciate the patience and understanding of our fans as we navigate this postponement.”

The next scheduled round for both IP2000 and USF2000 will be the August 22 event at Lucas Oil Raceway – the first oval on the calendar.