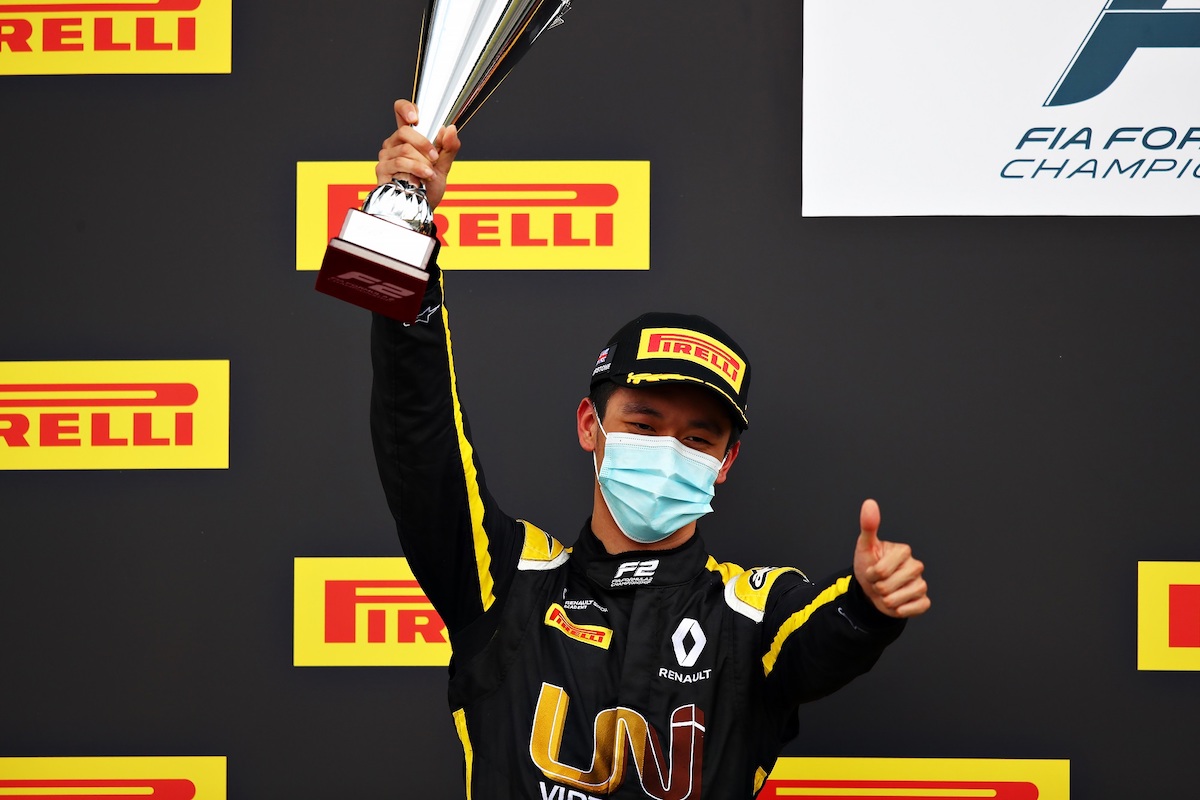 Guanyu Zhou says he and Virtuosi team didn’t decide on the strategy that helped him to a podium finish in Saturday’s Formula 2 Silverstone feature race until just before the start.

Second place is Zhou’s equal best result to date in F2 and moved a driver many expected to be at the front of the championship fight to within 30 points of Prema’s standings leader Robert Shwartzman, who failed to score in the race.

However, the decision to go for the alternate strategy and start from eighth on the grid on the hard tyre did not come until just before the race began.

“It was pretty tense out there,” Zhou said in the post-race press conference. “Before the actual race, we were still not too sure whether we were going to start on prime or option because two guys ahead of me – Felipe [Drugovich] and Jack [Aitken] – were on the same strategy as me, so if I get stuck behind them in the high-speed corners around Silverstone it is going to really damage the front tyres.

“The plan was to have a decent pace but we had nothing to lose starting P8 so we went for it and the whole race was pretty much about managing my tyres, myself and when I needed to do the moves I did the move with just one lap.

“I did the moves and moved forward so had clean air and once Felipe boxed I had a really good pace for the next few laps that made me quite good coming out of the pit box. Coming out there was a big train with the drivers on the option tyres and I knew that we had a pace advantage for maybe not too many laps, so if I want to move forward I had to do so as soon as I could.

“So once the tyres were up to temperature we had managed to pull the moves off. It wasn’t enough to catch Nikita but on the other hand to get the fastest lap and the extra two points it’s definitely a good recovery for my championship.

“It seems to be working well on the hard tyres for us so I’m more excited for tomorrow’s race starting from P7, it’s going to hopefully be another exciting race tomorrow.

“I think the favourite move was one I did inside before into Turn 4, I think it was on Jack. That was really important because if I got stuck behind him in the second sector with the tyres it is not ideal, so I knew I had the DRS and I knew I had to make the move.