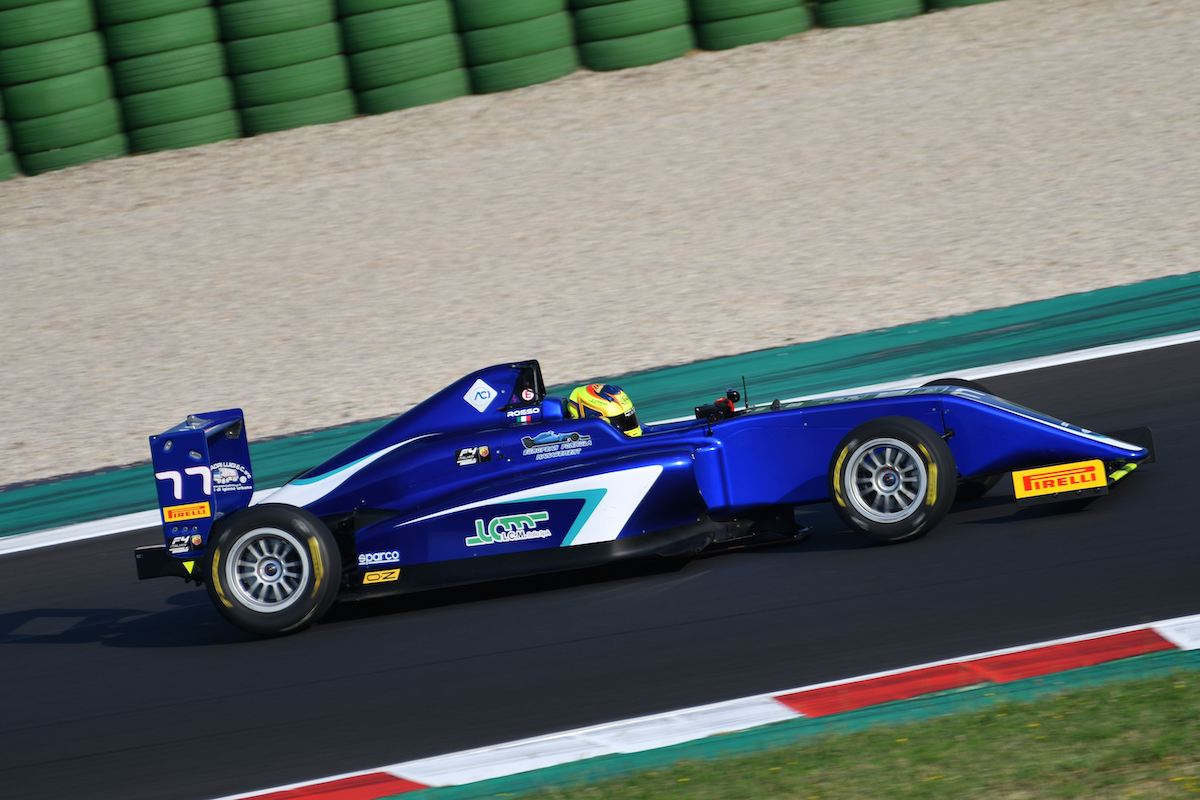 Andrea Rosso won race two at the Italian Formula 4 season opener at Misano after climbing up from third at the start.

After his faultless drive to victory in his first car race on Saturday, Prema’s Gabriele Mini didn’t make such a good start from pole position and was jumped by both Francesco Pizzi and Rosso on the run to Turn 1.

Mini then looked to the outside of Pizzi at Turn 4 which allowed fifth-place starter Filip Ugran to get by, with the Jenzer Motorsport-run Romanian then also passing Pizzi for second heading onto the back straight.

All this allowed Rosso – who won gold for Italy in last year’s Motorsport Games F4 Cup – to build a lead of 1.9 seconds by the end of the first lap.

He had stretched that advantage to 3.3s when the safety car came out around midway through to retrieve Chinese rookie Cenyu Han’s car from the gravel trap.

When the race restarted, Rosso was unable to pull away again, and was defending from Ugran moving into the final third of the race.

That allowed Pizzi and Mini to join the fight as well, and Pizzi got past Ugran through Turns 1 and 2, forcing Ugran wide. Mini also got by into Turn 8, only for Ugran to fight back and regain the position.

This helped Rosso to make a gap once again, and he ultimately took victory by 1.3 seconds after Urgan re-passed Pizzi on the final tour.

Pizzi had to defend from Prema’s Mini on the run to the line, forcing his rival towards the pitwall to maintain third.

Prema’s Sebastian Montoya ended up fifth. He was another to demote his team-mate Mini on the first lap, but conceded the place again on lap four. Their team-mate Dino Beganovic, also a rookie, was forced to pit on lap one after running into the back of Montoya and damaging his front wing, meaning he finished 19th.

Leonardo Fornaroli started and ran in sixth place in the early laps but later dropped back with front wing damage.