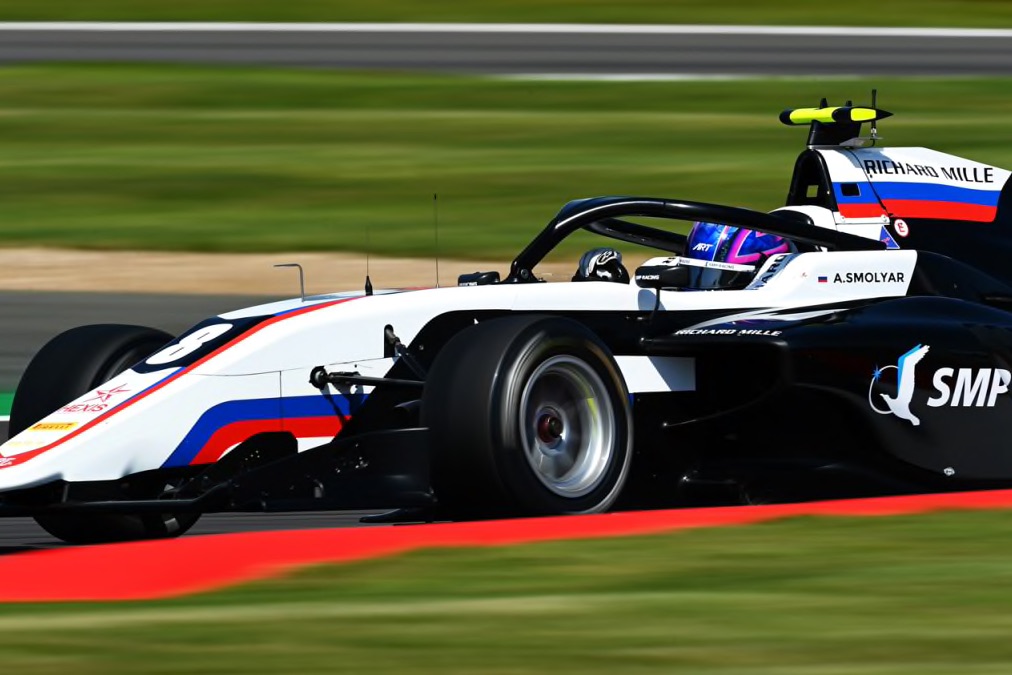 Smolyar led from lights to flag, but had Beckmann for company throughout the 20-lap race.

The pole sitter built a gap of over a second in the first part of the race, only for a safety car midway through to bunch up the field again.

On the restart, Beckmann stuck with Smolyar and stayed within DRS range. He made a handful of moves on the ART Grand Prix driver but never felt as if he had the grip to go around the outside and couldn’t make a move stick.

Smolyar tried hard to break the tow, changing directions multiple times in an effort to shake Beckmann. The moves drew attention from the stewards, who will investigate after the race.

It was enough to keep Beckmann behind and Smolyar finished 0.7s ahead to take his first win of the season.

Beckmann had Clement Novalak on his tail throughout the race, meaning any wrong move would put him under pressure from the Carlin driver. But Novalak never got the opportunity to make a move and settled for third with Alex Peroni close behind in fourth.

Further back, Piastri was having a difficult race. The Prema driver started towards the back of the top 10, and a wide moment through the gravel sent him further back.

Piastri had only managed to make up a handful of positions to P15 when he came into the pits with DRS issues. This time the DRS had become stuck open, and with the team unable to fix the issue he was forced to retire.

This allowed his title rivals to close the gap at the top of the order. Logan Sargeant finished sixth, behind team-mate Frederick Vesti, with Liam Lawson holding off Theo Pourchaire to take seventh.