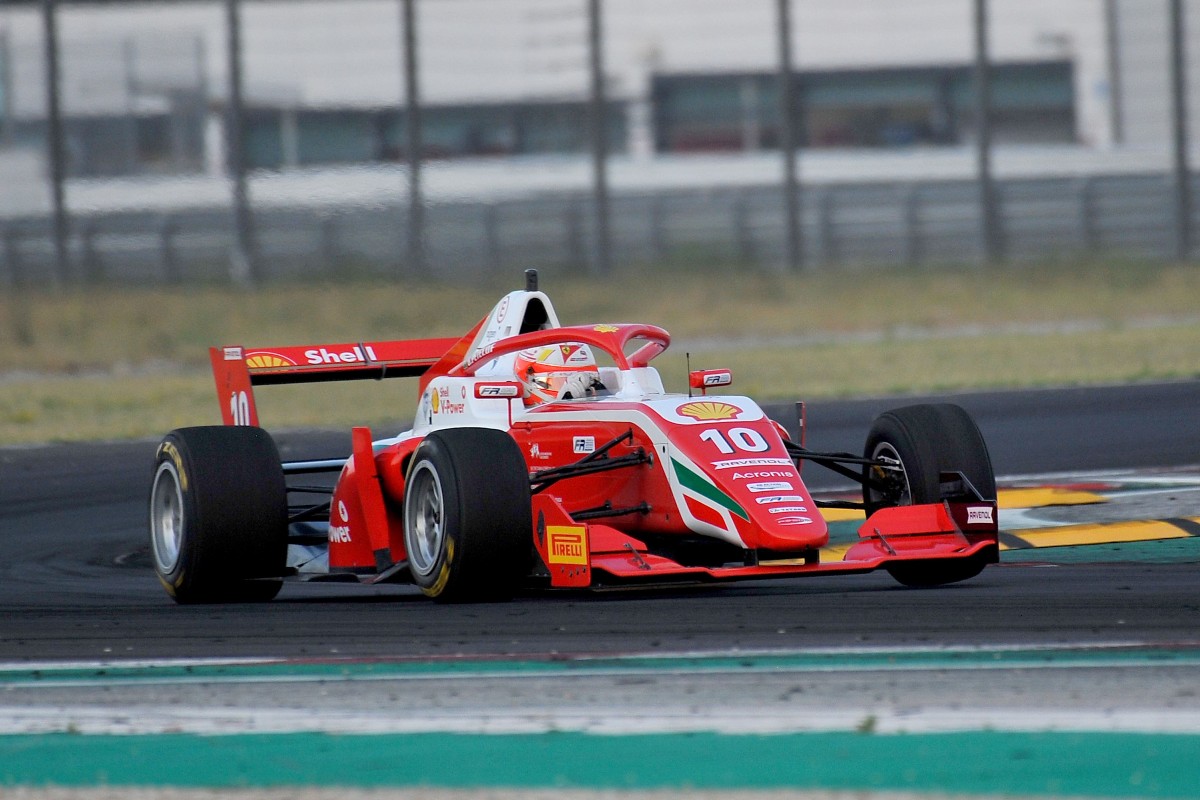 Gianluca Petecof secured his first Formula Regional European Championship win at Misano as the Prema outfit secured its second 1-2-3 finish of the weekend.

Petecof got a better start from second on the grid than polesitter Arthur Leclerc to make up to work his way up to the front.

From there, he was initially pressured by Leclerc as well as Oliver Rasmussen as the Prema trio pulled away.

But they all settled down fairly early on and Petecof was able to open up a gap of about a second to Leclerc.

The gap at the end of the 30-minute race plus one lap was 0.814s after Leclerc put in some slightly quicker laps than Petecof towards the end.

Leclerc came across the line second but is under investigation for ignoring yellow flags during the race.

Vips’ KIC team-mate Patrick Pasma was fifth ahead of the fourth Prema of Jamie Chadwick – who did not have to put in the robust defending seen yesterday.

The only major incident of the race was between Emilio Pesce and Konsta Lappinainen – where Pesce ran wide and hit Lappinainen’s rear-right tyre after returning to the track.

Both were eliminated and were the only retirements in the race.

Pierre Louis Chovet, Gillian Henrion and Andrea Cola were the last of the nine classified runners.