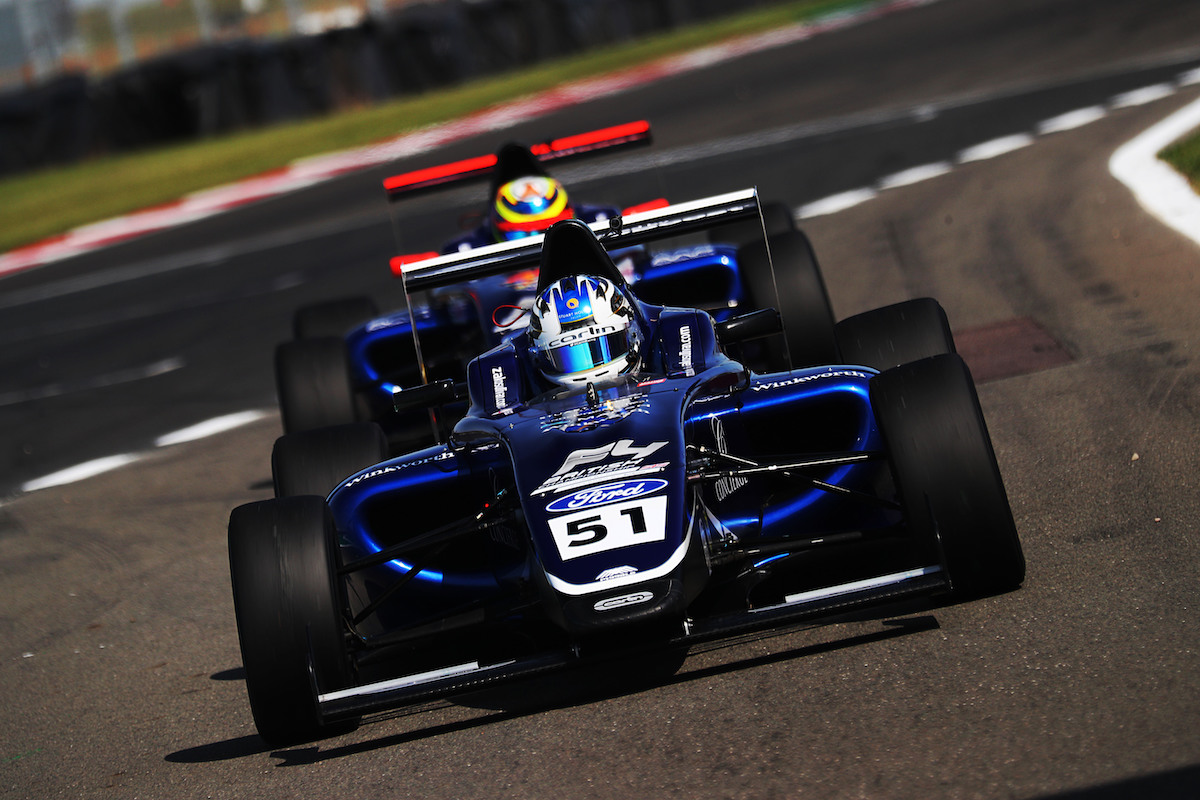 The race was reduced to 15 minuets after the red flag was brought out at the end of lap one. Race one winner Alex Connor made contact with Roberto Farria at Coppice, taking them both out of the race while Christian Mansell was sent through the gravel after contact with Nathaneal Hodgkiss and James Hedley returned to the pits missing his rear wing.

O’Sullivan had made up two positions on the chaotic opening lap, passing Luke Browning to be running third when the race was halted, but the original starting order was reinstated on the restart and he was pushed back to P4.

The Carlin driver was promoted back into third when Browning had an off at the Old Hairpin and he quickly got onto the back of second placed Rafael Villagomez.

Villagomez put up a good fight, allowing pole sitter Casper Stevenson to build a gap of over a second at the front of the field. By the time O’Sullivan managed to make a move stick past the Fortec driver, Stevenson was 1.269s up the road.

O’Sullivan put in the fastest lap of the race as he closed the gap to Stevenson, who could do little to keep the Carlin driver behind him.

Once ahead, O’Sullivan continued to set flying laps as he extended his advantage to almost two seconds over Stevenson by the chequered flag.

Villagomez took third, and the top spot on the rookie podium, ahead of Frederick Lubin and Mansell, who received a five second penalty for track limits.

Further back, Browning was able to continue after his off track excursion and was running inside the top six when he was forced into the pits to clear grass from his car. He dropped to the back of the field and took the chequered flag 12th.

Abbi Pulling climbed from the back of the grid to finish sixth ahead of Roman Bilinski and Nico Pino, while Matias Zagazeta and Reema Juffali completed the top 10.