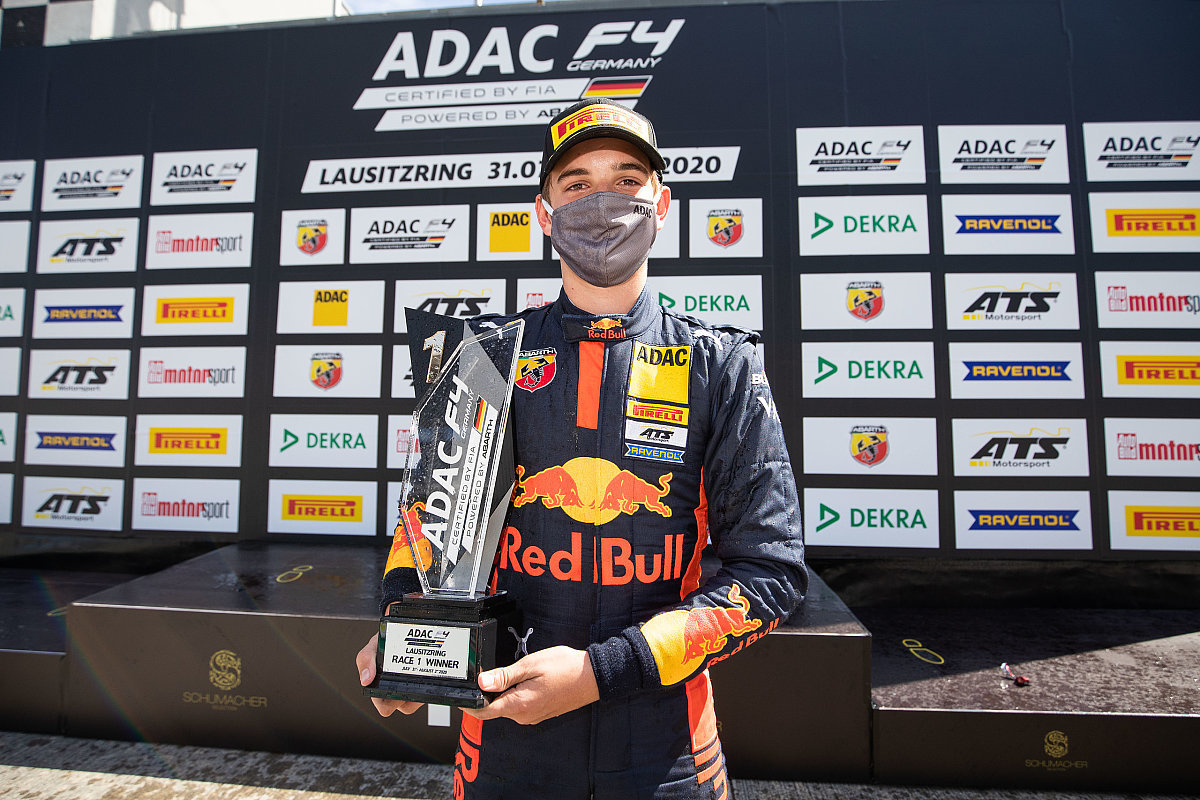 Crawford started on pole, and immediately came under pressure from fellow front row man Edgar as drivers behind swerved to avoid the stalled car of Ollie Bearman.

Edgar’s first attack at the lead came at the first corner and he had to use to the run-off to avoid contact. This gave Crawford some crucial breathing room, as after a few laps Edgar was back on the leader’s gearbox.

Several times he looked to the outside down the pit straight before sweeping to the inside for Turn 1 to make his move, but Crawford closed the door each time.

Edgar finally made the overtake happen by first going to the inside on the run to the corner, and then staying there as Crawford squeezed him against the pit wall.

Crawford swept back up the track for the better line for the corner, leading Edgar free on the inside to take the lead. Once ahead he was untouchable, and pulled away to take a second win in a row by 1.909 seconds.

There was a similar battle over third place, with US Racing’s Tim Tramnitz hassling R-ace GP’s Victor Bernier for several laps before making a move at Turn 1 towards the end of the race. He was also under pressure at the time from Bernier’s team-mate Kirill Smal, who had crept up on the podium battle and ended up in a close fifth place.

Vladislav Lomko had a quiet run to sixth, while his team-mates Bearman and Elias Seppanen fought over seventh. After his stall, Bearman charged straight back on to the rear of the pack and worked his way through the order.

R-ace GP’s Artem Lobanenko gave him the most to think about, while Seppanen also took a few laps to pass after closing on to the rear of. Lobanenko ended up finishing ninth, with Mucke Motorsport drivers Josef Knopp and Joshua Duerksen rounding out the order after both having terrible races that included multiple offs and trips to pitlane.