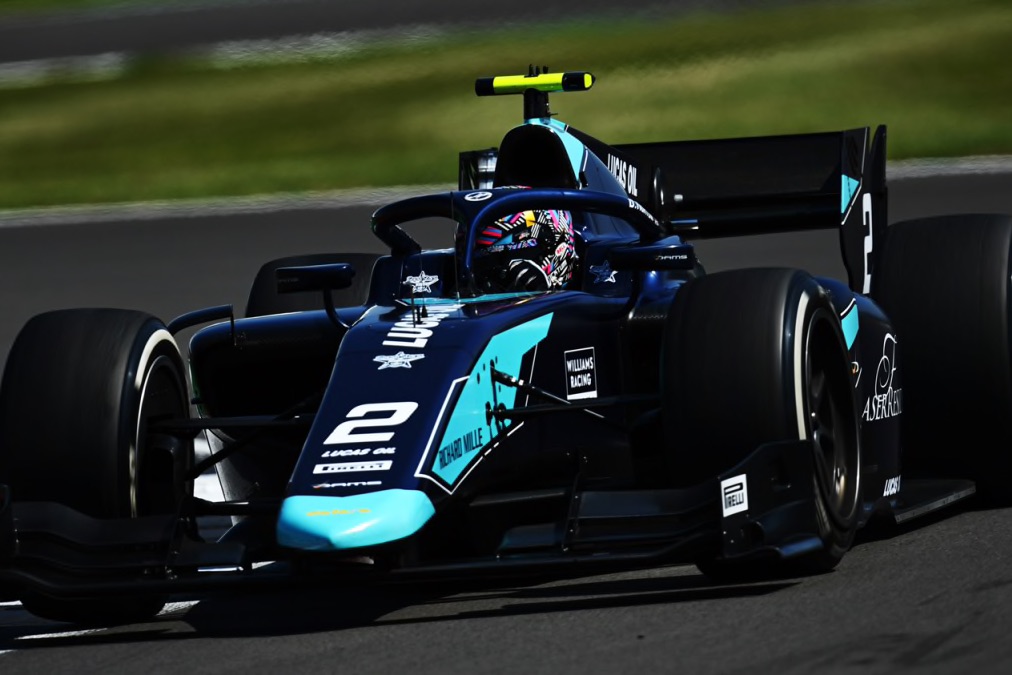 Dan Ticktum earned his maiden Formula 2 win in the sprint race at Silverstone, fending off a late challenge from a fast-charging Christian Lundgaard.

The Williams Formula 1 junior took a lights-to-flag win from reversed grid pole to secure DAMS its first win of the season.

However, it was anything but easy for Ticktum in the closing stages of the race after title protagonist Callum Ilott, who charged from the pitlane to fifth place on Saturday, spun out of second place and brought out the safety car.

Ilott was fighting through the field in order to minimise the damage done by a five-second penalty he picked up for spinning Carlin’s Yuki Tsunoda out of the race on the opening lap.

The Virtuosi driver spun on the exit of Club and blocked the track, meaning the drivers went through pitlane and a number of drivers – including second-placed Lundgaard – opted to make a pitstop onto the medium tyres.

Lundgaard only dropped from second to fifth and quickly set about reclaiming those positions in the three laps left of the race.

Louis Deletraz ran wide on the entry to the Wellington Straight and allowed Lundgaard to move into second behind Ticktum.

Lundgaard closed on the leader but ultimately fell 0.376 seconds shy at the chequered flag as the British driver took his first F2 win.

Charouz Racing System’s Deletraz scooped his second podium of the season in third, while Carlin’s Jehan Daruvala stole fourth place from Mazepin on the final lap.

Zhou spun out of podium contention on the exit of Becketts on the last lap and ended up without a point in ninth. ART’s Marcus Armstrong capped off his second successive pointless weekend in 10th.

The Prema duo of Robert Shwartzman and Mick Schumacher finished in a lowly 13th and 14th changing tyres on the second safety car lap, a lap later than Lundgaard had.