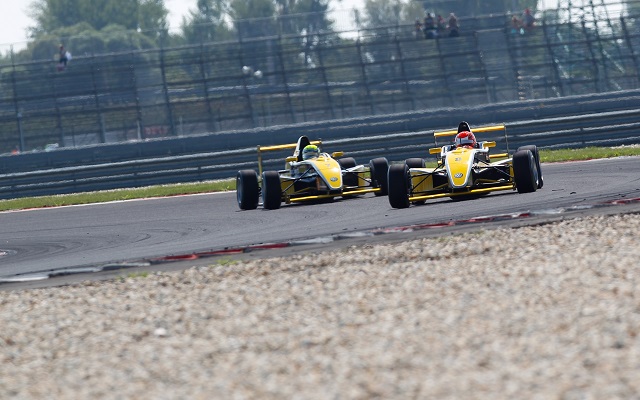 Jensen took over at the top of the timesheets with over ten minutes to go in the session and proceeded to establish a comfortable gap to his rivals, eventually clocking in at half a second clear and setting three laps good enough for pole.

His Neuhauser teammate Tim Zimmermann will line up alongside Jensen on the front row for race one, while Fabian Schiller – third-quickest overall – will take P2 on the race two grid.

On second-best times, row two is made up by Zimmermann and Marschall, while the rest of the top ten consists of Gunther, Hamprecht, Boschung, Eriksson, Walilko and Schramm.