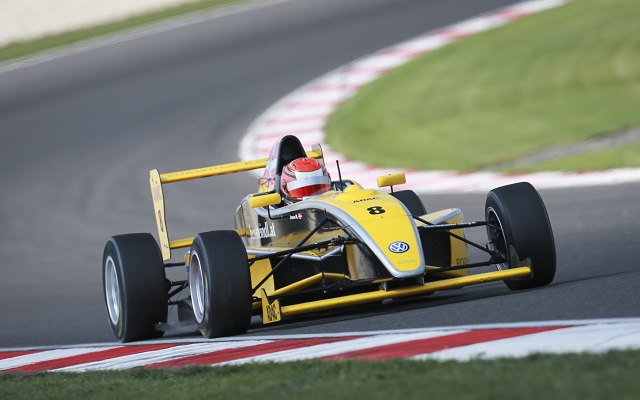 Championship leader Mikkel Jensen continued his strong mid-season run towards the title as he led the way in free practice for the fifth round of the ADAC Formel Masters season at the Slovakia Ring this afternoon.

The Dane, who currently leads?Maximilian Gunther?by 27 points in the standings, went quickest with just under 15 minutes to go, taking over from Lotus driver Dennis Marschall.

Following a red flag to remove the stricken car of?Igor Walilko, Jensen managed to further improve on his benchmark, going almost half a second clear of the opposition.

Marschall had an impressive run to finish in second, while fellow rookie Tim Zimmermann made it a strong afternoon showing for Neuhauser Racing, putting both cars in the top three and finishing ahead of Jensen’s title rival Gunther by 0.001s.?Fabian Schiller finished a further 0.027 seconds behind to round out the top five.

Joel Eriksson?was sixth, ahead of Mucke man?Philip Hamprecht and Lotus stablemate?Ralph Boschung, with Nico Menzel and?Kim-Luis Schramm making up the rest of the top ten.