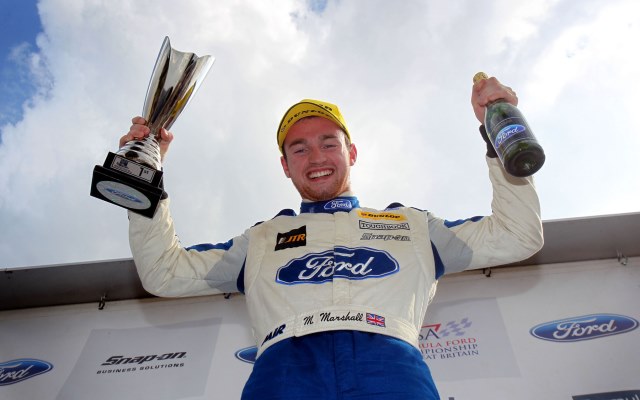 Fresh from his maiden win in Formula Ford, Max Marshall will make his British F3 debut at Thruxton next weekend with Double R Racing.

Chang will contest the Nurburgring and Hockenheim rounds of the FIA F3 European Championship with West-Tec in place of Hector Hurst, but won’t do the Imola meeting due to a clashing karting event in his native Macau, according to AUTOSPORT. Chang, contesting his first full year of single-seaters, has previously worked with West-Tec’s Euroformula Open operation.

Marshall vaulted up to third in the Formula Ford standings after victory in the opening race at Snetterton last weekend. He previously worked with Double R as a mechanic, and was team-mates with Kaminsky in JTR’s Formula Ford squad at the end of 2013.

?It?s great to welcome Max back into the team, this time as a driver,? said team boss Anthony ?Boyo? Hieatt. ?Thruxton is an incredibly challenging track for your debut in an F3 car but we know Max is more than up to the job and capable of a strong showing.

?He had a fantastic run at Snetterton in Formula Ford last weekend, it was great to see him take his first win as we?ve known Max and his family a long time. Although next weekend will be tough, he?s definitely got the skills to make a lasting impression.?

Chang and Kaminsky lie fourth and fifth respectively in the British F3 standings. Roberto Merhi claimed British F3 class victories in the team’s third car at the previous round at Spa-Francorchamps.