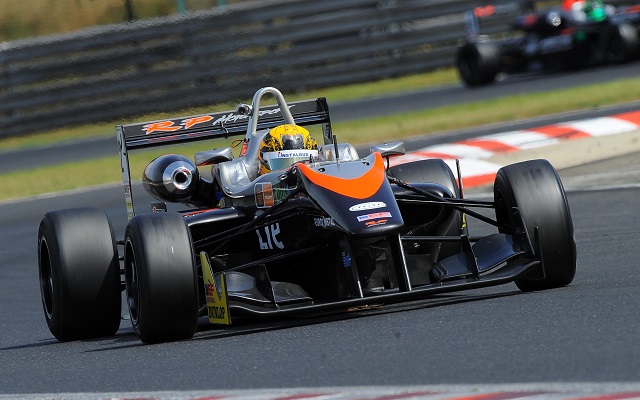 As yesterday, the Pole came out on top in a fight against Campos racer Alex Palou, setting the benchmark to dethrone the Spaniard from first in the final five minutes.

Championship leader Sandy Stuvik managed a late lap to deny Palou a front row start as he completed an RP 1-2.

The Spanish karting graduate had to settle for third, joined on row two by Nicolas Pohler, who was the top performer for British outfit Team West-Tec.

Andres Saravia and Henrique Baptista rounded out the top ten.

The session saw numerous lap times disallowed for track limits, with several drivers underperforming as a result. Both Janosz and Stuvik lost their earlier benchmarks during the session, while usual frontrunner Yarin Stern had his two best laps cancelled and ended up outside of the top ten.