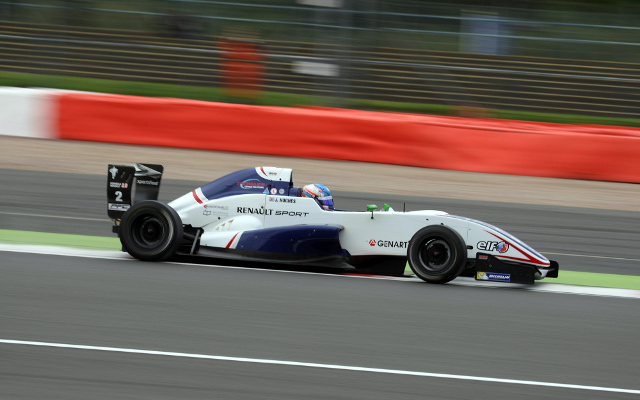 As the Formula Renault 2.0 season nears its climax, Jake Hughes is in contention for two titles, leading the Alps standings and within a handful of points of the Eurocup lead.

Formula Renault 2.0 continues to be a popular category, full of some of the best drivers at its level. But the landscape has constantly changed and today, a popular approach is to embark on a dual campaign in both the Eurocup and in one of the two regional series, the NEC and Alps.

After Nyck de Vries dominated the Eurocup and Alps in 2014, aiming for both titles this time around is Jake Hughes. And he?s doing it with the exact same combination of team and engineer – Koiranen and Jan Sumann.

Hughes has sat atop of the Alps standings during a three-month-long break between the penultimate round at Misano in July and the finale, which takes place at Jerez in October.

And last weekend as the Eurocup returned from its summer break on Hughes? home turf at Silverstone, he closed to within eight points of the leader Louis Deletraz (his NEC-leading counterpart) having been 34 adrift prior to the three races.

The inaugural BRDC Formula 4 champion in his rookie season in car racing in 2013, Hughes suffered a difficult baptism in racing in continental Europe and in FR2.0 last year. It was a tough process for a driver used to being at the front, including during an unusually short three-year spell racing karts.

?I?m not used to not being at the front, last year was my first year really of that,? he says.

?In a way it?s taught me a lot actually. I do look at last year and think I?m a much better driver mentally for it as well.

?I?ve always been quite strong in the head but especially last year helped even more, dealing with the setbacks that I had to, and changing between different teams. I raced for three different teams last year, which is never ideal.

?I?m used to winning and, like I say, Koiranen are so it?s a good fit.?

Indeed, after the difficulties of 2014, Hughes knew where he wanted to be this year. 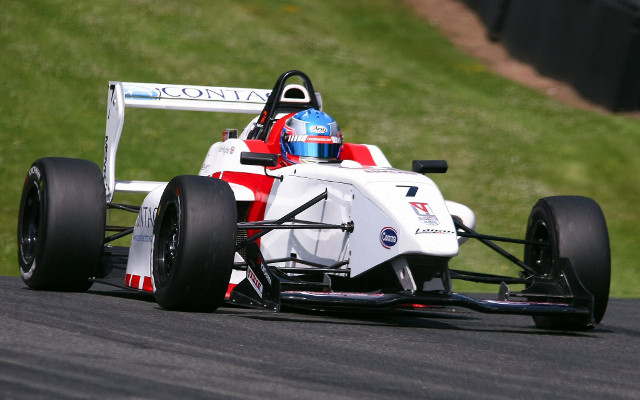 ?Koiranen GP?s previous record in FR2.0 and other classes speaks for itself [its biggest success stories are a pair by the names Sainz and Kvyat]. And they?re the championship-winning team from last year. So it was a no-brainer for me to try and get a deal to race for them.?

It wasn?t that long ago that a promising British driver could rise through several ranks in his own nation, but with no Formula Renault and no Formula 3 in the UK any more, youngsters are getting the chance to work with teams from other nations earlier in their careers.

?The culture is obviously very different to a British team,? says Hughes about Koiranen, where he lines up alongside fellow Briton Jack Aitken and Australian rookie Anton de Pasquale in the Eurocup races.

?My engineer and Jack?s engineer are both German and Anton?s engineer is British, [the team is] based in Spain, owned by Finnish, the mechanics are Spanish, so it?s a multinational team.

?I worked a little bit last year with Germans with the BMW junior team, and I love their style, and in the engineering as well. It?s very forthright and very factual; ?That?s what you?ve got to do, go and do it, no excuses.?

?I think it?s been a blessing for me actually to be able to work with them this year.?

With the vast majority of modern single-seater categories featuring identical cars, working on set-up with engineers is critical to standing out. Hughes explains that Koiranen?s success over recent years means it knows what works, though.

?My car to Jack?s car is set up slightly differently, so that?s the case of what we prefer, but they?re still very close.

?They do listen to us but at the same time they know what works from previous years, so they?re not going to deviate from that too much. It?s more that you have to adjust yourself to it rather than the car to you, because that quite frankly wouldn?t work. 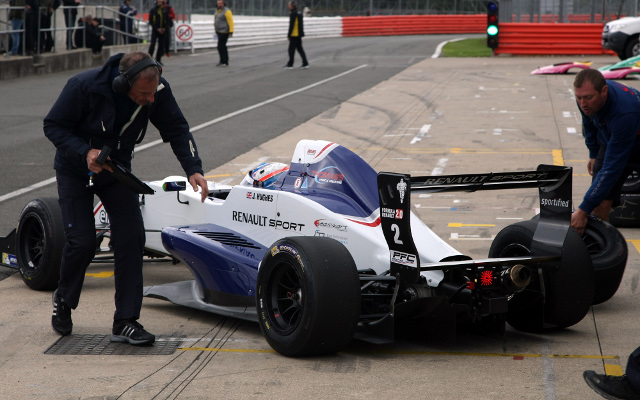 ?In previous teams, and from what I?ve heard about other teams, you can almost get babysat a little bit. If you?re off the pace they sort of try and hide the fact that you are, and try and convince you that that?s OK, that?s what happens when you?re a rookie.

?But that?s not my philosophy, I want to win all the time and so do Koiranen so it?s been a perfect fit for me.?

Fighting on two fronts, for two different championships, is a more complex scenario than most racing drivers need to worry about, but Hughes? approach means not really treating one race weekend any different to another.

?The car?s the same, and more or less your competition is.

?In Alps the main competition for example is my team-mate Jack, my other team-mate Stefan Riener, Matevos Isaakyan, Thiago Vivacqua. We?re all here this weekend as well so it doesn?t differ too much basically.

He takes a similar view when it comes to approaching the Alps title decider, and that three-month break from when he last raced for points in the series.

?I do think about the points, obviously it?s important, but I prefer to deal with the situation in race wins, poles, podiums.

?If I win a championship finishing fifth, great, but if I had the choice between doing it with a win rather than just points, I?d do it with a win obviously. ?

Looking at the points situation ourselves for a moment, Hughes sat second to team-mate Aitken in the Alps standings during the early part of the season before moving ahead at an incident-filled Monza event. There are 12 points between the pair as the finale looms on the horizon. 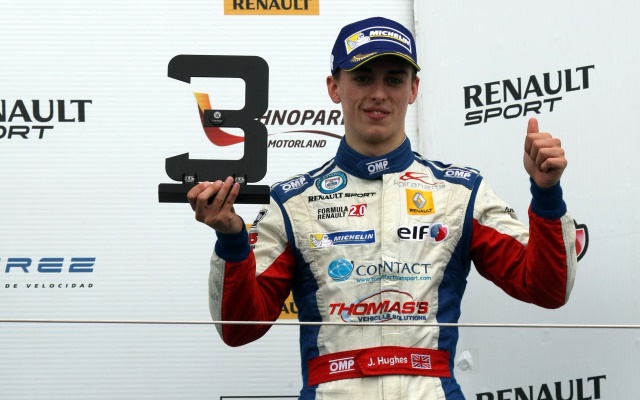 Hughes feels the relationship between himself and his compatriot is still strong, despite the rising tensions as the two championships near their business end.

?It?s been quite good actually over the year, considering. I?m sure he?ll probably agree that at the start of the year we probably thought that by the end of the year we might be a bit colder than we are but actually we?re still really good mates and we respect each other highly, especially as drivers.

?And as long as whoever wins it is fair and the best guy won it on the day and stuff, that?s what I want and I?m going to be doing everything to go for pole, go and get the race wins and try and wrap it up for myself.?

For now, Hughes? attention is naturally on the races ahead, but since we?re in the latter part of the season, it?s only natural to ask about the future. And the end of the current season isn?t far away anyway, as he points out.

?It?s only six weeks until the season is finished, so at this point I have to say I?ll be looking to move out of FR2.0 and on to Formula 3, GP3 or World Series.?

He?s keeping his options open then, but that?s understandable, particularly as the future of one of those championships was up in the air as the paddock reconvened at Silverstone.

?At the moment it?s difficult with the Renault situation and FR3.5 to know what?s going to happen exactly.

?There?s a lot of options but I know I?ll be racing in single-seaters and pretty sure I?ll be moving upwards to the next level up the ladder.?

The FIA has been working to clear up said ladder in recent years and create a more clear-cut route up it, and the final part of that move will involve the reintroduction of a Formula 2 category, mostly likely in place of GP2.

While racing in some form of F2 might be a little while away for Hughes, he?s still concerned about how that part of the ladder will look when he gets there. 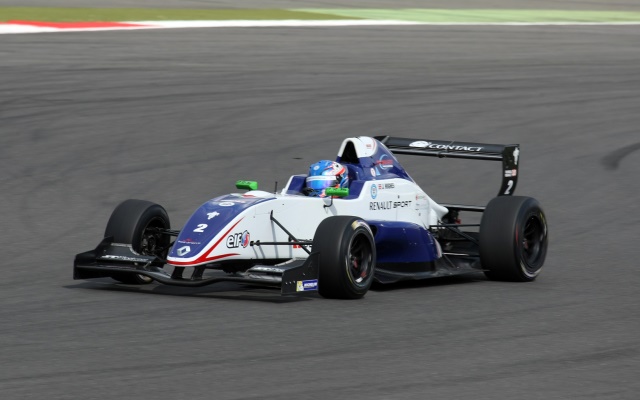 ?Motorsport is expensive at any level but that extra level for GP2 is a big jump and if you only really give people the option for Formula 2, it?ll become a bidding war basically.

?It?s not my job to worry about it but that’s my personal opinion on it. Ideally I?d like to see 3.5 stay around.?

Unlike most of his contemporaries, Hughes has already gained experience of other forms of racing, thanks to spending last year on BMW?s new junior programme, which is focussed on GT racing and included taking part in endurance races on the notorious Nurburgring Nordschleife.

?It?s just brilliant fun for a driver. In that respect the experience was great.

?Obviously we couldn?t continue that because I wanted to stay on in single-seaters, but I?m still on very good terms with BMW so you never know.

?If the Formula 1 thing doesn?t work ? but I?m very confident that I?m good enough to ? then I love Le Mans. I love watching Le Mans and endurance racing. I love the look of LMP1 cars.

?I got my first taste of endurance racing last year and it?s more exciting than you would think for a driver. But at the moment, whilst I?m winning in single-seaters and doing well we may as well see how far I can go.

?The only time I think I would consider it is for money reasons. GP2 is very expensive. The next level is reachable and then GP2 becomes a little bit difficult, like many drivers. So that would be the only reason why I would consider stopping single-seaters.?

Indeed, for now, Hughes is going places. Already a single-seater champion, he?s got a genuine shot at claiming two more titles in the next few weeks. 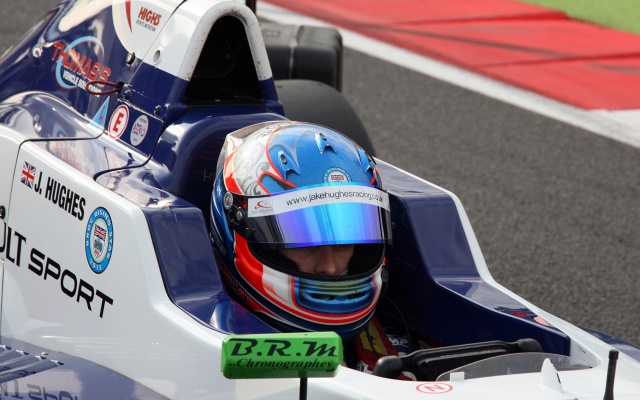