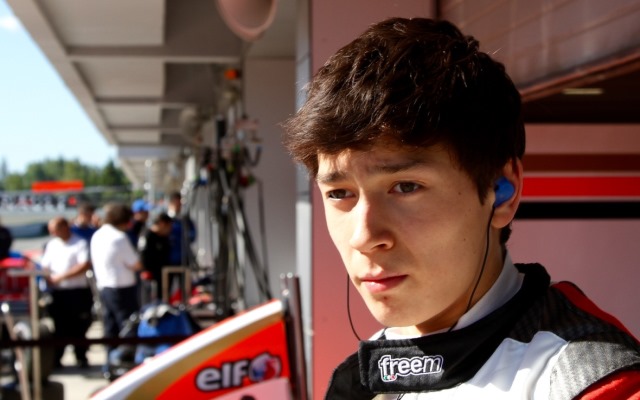 Jack Aitken has secured a seat with the Koiranen team for his second season in Eurocup Formula Renault 2.0 in 2015, competing the Finnish-owned squad’s driver trio.

The 19-year-old joins his fellow Briton Jake Hughes?and the Australian FR1.6 graduate Anton de Pasquale at the team. Like Hughes, Aitken will also compete in the Alps series with Koiranen.

Second in FR2.0 NEC in 2013, Aitken then finished seventh in the Eurocup last year for Fortec Motorsports by winning at the Hungaroring and claiming three other podium finishes.

?I have tested with several excellent teams this winter, and Koiranen particularly impressed me with their quiet but highly professional approach in the garage and an ability to give me a fast and reliable car,” said Aitken.

“This is an important year for me as I?ll be looking to carry my momentum from last year into the first round, and to challenge for the top spot from the word go. The start of the season can?t come soon enough, and I?m looking forward to my year with Koiranen GP.

Afa Heikkinen, Koiranen GP CEO commented: ?We are sure Jack going to ?perform straight from the start next season. Following his strong end of season, he will be at the forefront and one of the major actors of 2015 in Formula Renault 2.0.

“We think we have a strong line-up so far, Jake and Jack will work together, learn together and bring lots of info to rookie, but quick-learner Anton.?