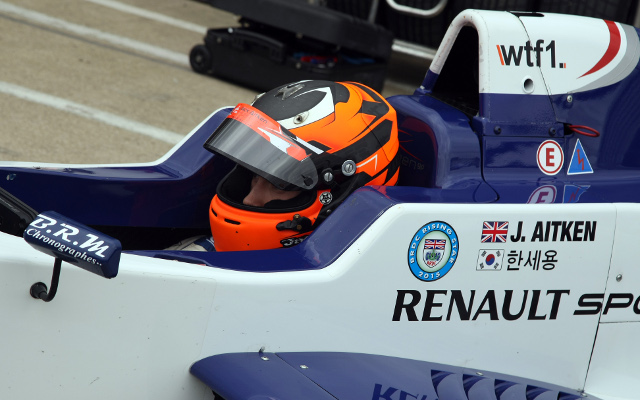 The Briton beat Kevin Jorg to top the times in the second group on track, and defeated surprise first-group pace-setter Harrison Scott to secure pole.

With this round being the second of three this year featuring three races in a weekend, the grid for race two is set by the second-fastest times in the first qualifying session.

Aitken comes out on top there too, beating the first group’s benchmark set by another Briton Ben Barnicoat.

The grid for race one thus sees Aitken share the front row with Scott, and Jorg joined on row two by Darius Oskoui, who led the first group before Scott beat his time by 0.047 seconds.

Taking fifth, seventh and ninth through their second-group times were Jake Hughes, Dennis Olsen and Ferdninand Habsburg, with Jehan Daruvala, Barnicoat and Martin Kodric?occupying those three spots in the first group.

For race two, Barnicoat jumps to P2 on the grid alongside Aitken, with Scott shuffled back to row two next to Jorg.

Hughes will be fifth again, but has his title rival and championship leader Louis Deletraz alongside. The Swiss driver will start back in 12th for race one, having only been sixth quickest in the first group.

Anthoine Hubert, who sits third in the championship, is set to start the races down in 18th and 22nd, a 360-degree spin at Copse holding him back.