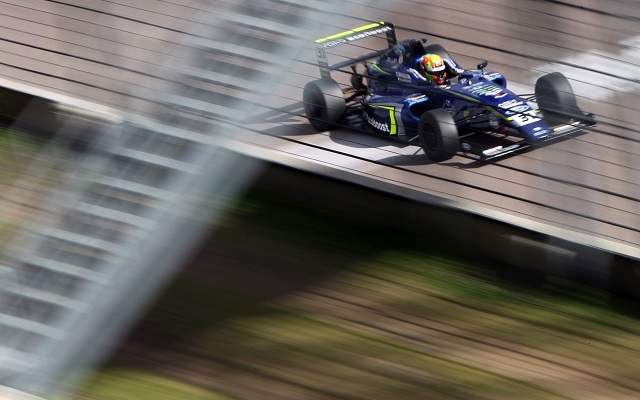 Lando Norris was fastest in the MSA Formula qualifying session at Rockingham, while Colton Herta snatched pole for race three.

The Briton was in a three-way fight for the lead with Daniel Ticktum and Sennan Fielding when the red flag was brought out, due to championship leader Ricky Collard crashing his car.

Once the track was clear, Norris was able to improve a lot more than his rivals, while his teammate Herta completed a Carlin 1-2 to demote Ticktum and Fielding to third and fourth only.

The starting order for race three, determined by the second best times of the qualifying, will see Herta on pole alongside Norris with Ticktum and Fielding once again filling the second row.

Arden duo Ahmed and Mitchell will line up fifth and seventh respectively with Florescu between them, followed by Leist, Pull and Toby Sowery, who has switched to MBM to replace Jack Barlow this weekend.

Following his incident, Collard will face a difficult weekend as he starts both races one and three from 20th.