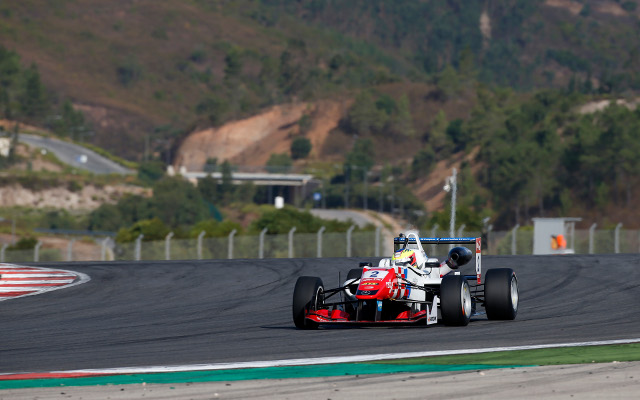 Jake Dennis claimed his sixth win of the FIA European Formula 3 Championship season at Portimao, leading lights-to-flag in the first of the three races.

Dennis won by a margin of 3.688 seconds over rookie?Alex Albon, who finished just ahead of championship contender?Felix Rosenqvist in second place.

Nick Cassidy had an appalling start from P2 on the grid, dropping down into the twenties by the end of his first lap. He had moved back into the top 15 before he retired on the penultimate lap of the race, bringing a premature end to his?first race at Prema Powerteam.