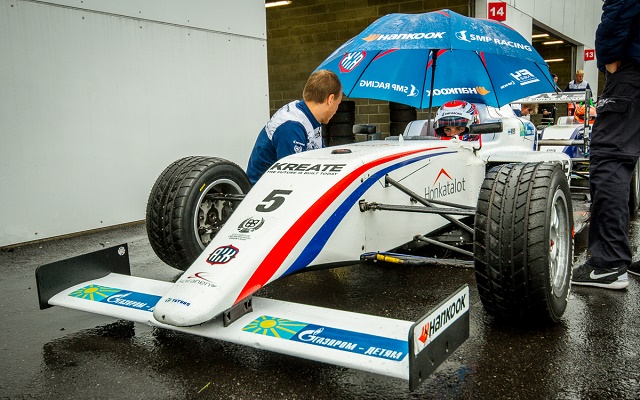 SMP F4 championship leader Niko Kari continued to march towards the driver’s title in the series’ inaugural season as he took double pole in qualifying on the category’s second visit to Moscow Raceway.

Kari led the entirety of the session on the wet track before Nerses Isaakyan took three tenths off his benchmark in the final five minutes.

The Finn came up 0.004s short on his first attempt to retake the spot, but managed to pull it off with his final flyer, denying Isaakyan by less than half a tenth.

The two laps also ensured he’ll lead the field off the line in race three.

Isaakyan settled for second, ahead of karting graduate Alexander Vartanyan, who is contesting his second round in single-seaters.

Kari’s championship rivals Aleksanteri Huovinen and Vladimir Atoev were fourth and fifth, and also rounded out an identical top five on second-best times.

On second-best times, the top ten was completed by Troitskiy, Maslennikov, Nylund, Troitskiy and Laaksonen in that order.