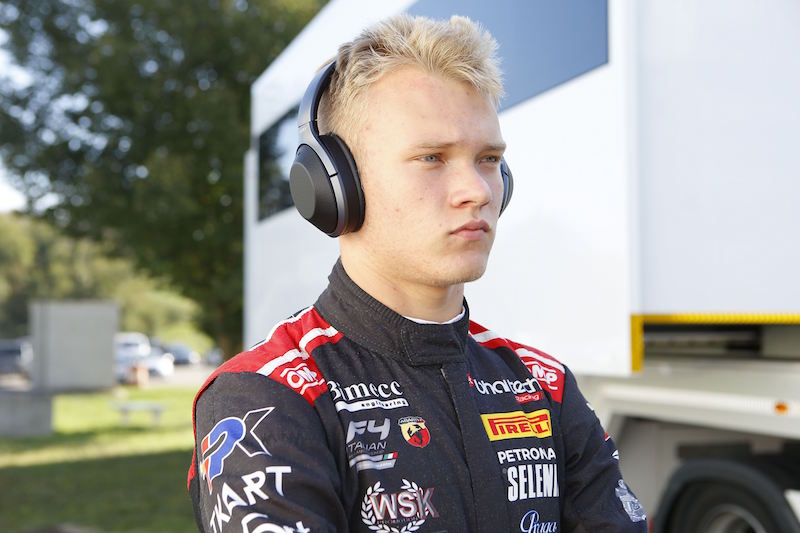 Czech driver Petr Ptacek will follow his successful first season in Italian Formula 4 by taking part in the Toyota Racing Series at the start of 2019.

With six outright podiums driving for Bhaitech, Ptacek won this year’s Italian F4 rookie title with a round to spare, even though he was ultimately overhauled for fourth overall by Ferrari-backed Prema driver Gianluca Petecof at the final round at Mugello last weekend.

Ptacek, who has also won a race in Spanish F4, recently took part in a Ferrari Driver Academy evaluation test at Fiorano.

In the New Zealand-based TRS he will race for the Giles Motorsport team, which won twice during the 2018 campaign with Clement Novalak.

?I?ve had a fantastic year in Italian F4 and I want to keep the momentum I?ve found by staying active and continuing to race during the European winter,??he said.

?The Toyota Racing Series is a competitive championship and it should keep me race-ready during the months that a driver is often out of the cockpit.

?The Toyota Racing Series car will be a step up from the Formula 4 car I?ve been racing this season in Italy and I?m looking forward to experiencing that.

?At my age, it?s crucial to get as much experience as possible so that I can continue to learn and develop my skills as a racing driver. Competing in a new country, in a new car, with a new team and on new tracks will test me a lot.

?I think there have been ten previous Toyota Racing Series drivers that have made it to Formula 1 as either race or test drivers. My target is use my experience of racing in New Zealand wisely so I can hopefully follow in their footsteps later in my career.?

Esteban Muth to race for M2

Ptacek is the second driver to be confirmed for the 2019 TRS, after fellow karter-turned-F4 racer Esteban Muth.

Muth finished seventh in the French F4 standings this year, finishing second to Theo Pourchaire in race two at Spa and to his younger brother O’Neill at Jerez.

Supported by Strakka Racing owner Nick Leventis and mentored by Andre Lotterer, Muth will race for M2 Competition, which has won three of the last four TRS titles with Lance Stroll, Lando Norris and Robert Shwartzman.

O’Neill had also been linked to a TRS campaign, but as he does not turn 16 until next July, he will instead race in rounds of the Toyota 86 Championship, which will feature on the bill at the Highlands, Teretonga and Manfeild events.