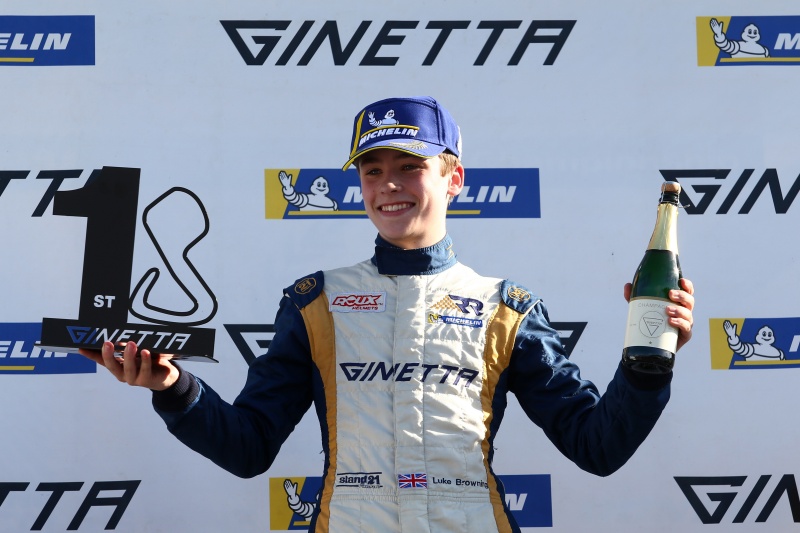 Richardson Racing will return to British Formula 4 in 2019 when it brings Ginetta Junior frontrunner Luke Browning to single-seaters.

The team last appeared in 2017 when it ran Harry Webb and scored an outright podium with Louise Richardson at Croft in 2015, when the series was known as MSA Formula.

For its return it will continue its relationship with Browning, who it ran to a title challenge in Ginetta Juniors this year, with the 16-year-old ultimately finishing up third overall.

It was his second year in the category with Richardson, after previously racing in the?Junior Saloon Car Championship after switching from karts.

“Over the past two seasons we have seen Luke develop from a raw youngster into a very talented racer, as he showed with his performances on track over the course of 2018,? said team boss Gwyn Richardson.

“With his time in Ginetta Juniors at an end, we were keen to maintain our relationship with Luke as we know there is still more to come from him, and are delighted to confirm that he will now spearhead our return to British F4 after a year away.

“If you look at the record of some of the drivers who have graduated from Ginetta Juniors into British F4 in the past, it goes without saying that we are extremely excited about what the 2019 season holds for Luke.”

Browning added:??The fact that I?m able to remain with the team has been a key factor in this deal because we have developed a really good working relationship over the past two seasons. They have helped to mould me into the driver I am and we know how each other works, so there is no-one else I would want to graduate with.”

Ginetta Junior runner-up Louis Foster has had his first test in a British F4 car after signing with the management team behind this year’s champion Kiern Jewiss.

Foster has recently joined forces with the MB Partners agency of ex-Formula 1 racer Mark Blundell, and tested the F4 car with JHR Developments, which took Ayrton Simmons to second in the 2018 standings.

The son of ex-West Surrey Racing British Touring Car driver Nick Foster, he was narrowly beaten to the Ginetta crown in his first full season after joining the series for the last three rounds of 2017.

MB Partners has also taken on Patrick Kibble, who came fourth in the Ginetta Junior standings as a rookie.

The firm picked up Jewiss while he was still in karting, before a race-winning Ginetta campaign in 2017 and his F4 title run with Double R Racing this season.