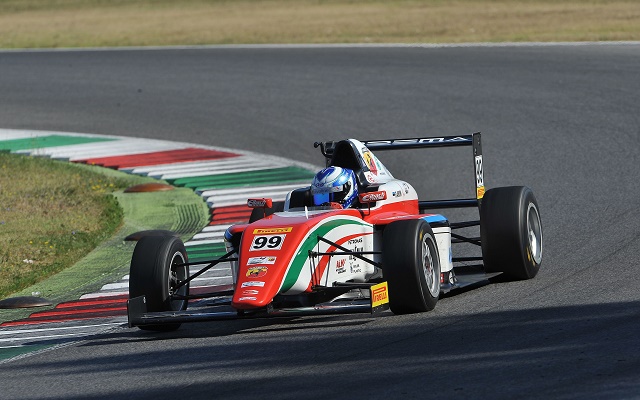 Prema Powerteam’s Ralf Aron secured his fifth win of the Italian F4 season in the first race at Mugello.

The Estonian’s commanding form in qualifying continued through the race as he converted pole into a dominant win.

Aron went well clear of his chasers in the early minutes and methodically increased his gap as the race went on.

His nearest rival – Joao Vieira – soon began to slowly drop off towards third-placed David Beckmann and eventually settled for runner-up.

Beckmann, who picked up his first non-reverse grid podium in the series, put on a performance that was bright spot in what was an otherwise challenging race for Mucke, with neither Lando Norris, nor Robert Shwartzman making the top ten.

Giuliano Raucci took advantage of a lock-up from Mauricio Baiz early on to move into fourth place, with the Venezuelan then holding off Ferrari junior Guan Yu Zhou for fifth,