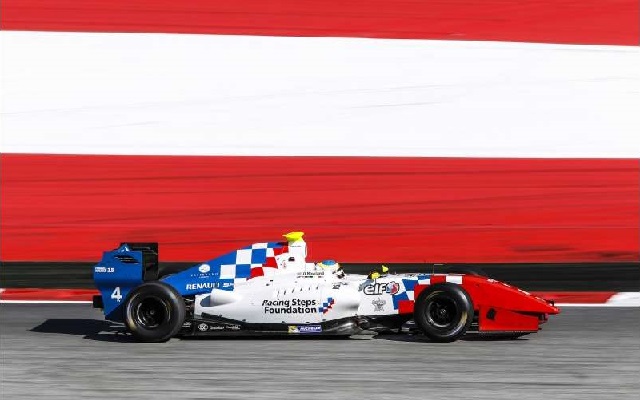 Oliver Rowland secured the number one spot on the Formula Renault 3.5 grid for race one at Spielberg.

With the field improving en masse in the late stages, the Fortec driver went to the lead by four tenths with two minutes to go, and he would not be dethroned until the checkered flag.

Rowland will start ahead of the Lotus pairing of Marlon Stockinger and Matthieu Vaxiviere.

The Philippine, who returns to the series after two full campaigns in 2013 and 2014 and replaces Meindert van Buuren at the team, ended up just ahead of his title contender teammate.

Gustav Malja grabbed seventh ahead of Canadian Nicholas Latifi, while Tom Dillmann had to settle for ninth, despite fighting for the top positions earlier on.