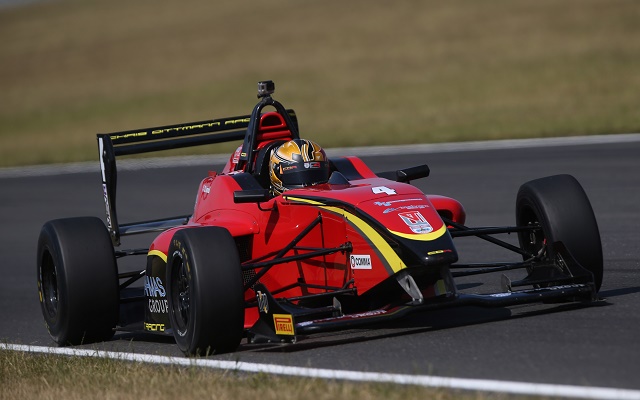 Ismail, who only joined the field in the last round, ended HHC’s streak of qualifying poles in 2015.

While 20-minute qualifying sessions often see drivers leave their top laps until the final minutes, Ismail began this outing with a real statement of intent – beating Friday’s practice benchmark five minutes in and then shaving off a few tenths with a subsequent attempt.

At halfway point, the 16-year-old was two tenths up on HHC drivers Will Palmer and Harri Newey – the same duo who, with Ismail, made up the top three in every practice session yesterday.

Both Ismail and Palmer improved in the later minutes, maintaining the status quo, and a late red flag brought on by James Reveler ensured the order would stay as it was.

Ciaran Haggerty was just 0.01s behind Bartholomew in sixth and just 0.015s ahead of Rodrigo Fonseca, who himself edged HHC’s Sisa Ngebulana by seven thousandths.