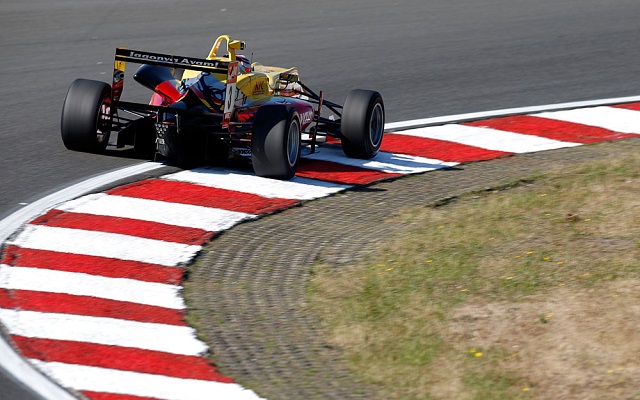 Antonio Giovinazzi triumphed in the first FIA F3 European Championship race at Zandvoort, converting pole position into his fourth victory of the season.

The Italian held onto the lead at the start with Felix Rosenqvist staying second behind him.

The Swede did not let Giovinazzi out of sights, but could not make an overtaking attempt throughout the race.

As such, the duo took first and second respectively, with Markus Pommer bringing his Motopark car home in?third, celebrating his maiden podium in the championship.

Mikkel Jensen grabbed eighth as the top Mucke driver ahead of maiden point-scorer Nabil Jeffri (whose sixth-place qualifying result was lost to a grid penalty carried over from Norisring contact) and Brandon Maisano.

Jake Dennis continued his bad run from Norisring, having received a drive-through for a false start and eventually retiring in the pits.