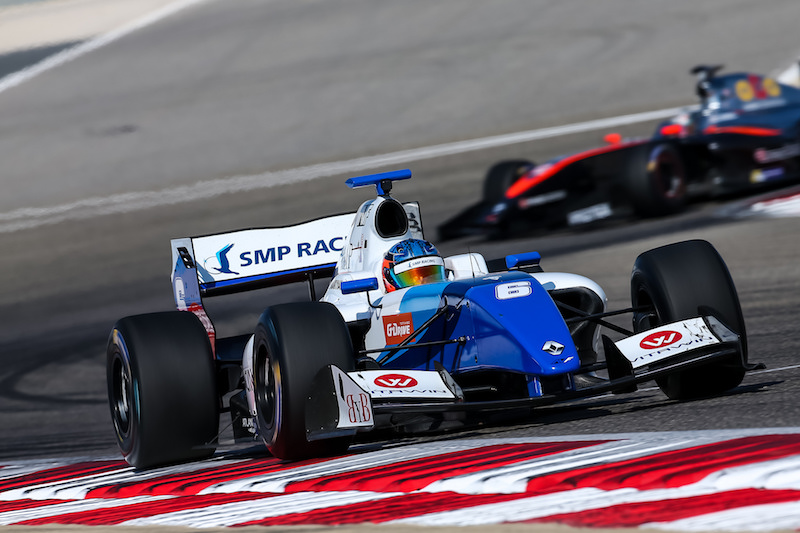 Matevos Isaakyan took pole position for the first Formula V8 3.5 race in Bahrain, with title rival Pietro Fittipaldi set to start the penultimate race of the season in fourth.

SMP Racing by AVF driver Isaakyan, who arrives in Bahrain 10 points behind Fittipaldi in the standings, claimed his first pole of the season with a 1m44.727s lap around the Bahrain International Circuit.

The last-minute lap put him a tenth of a second clear of Lotus driver Fittipaldi, who was second when the chequered flag fell.

Championship leader Fittipaldi, who had been top of the times for most of the session, had his best time deleted due to a track limits infringement. His second best time of the session puts him fourth on the grid, starting alongside team-mate Rene Binder.

FV8 3.5 debutant and AVF driver Henrique Chaves was therefore promoted to the front row of the grid, with a time just 0.172s slower than Isaakyan?s pole lap.

RP Motorsport duo Tatiana Calderon and Yu Kanamaru occupy the third row of the grid, with newcomer Calderon beating her team-mate by 0.2s.

Konstantin Tereschenko, standing in at SMP Racing for the ill Egor Orudzhev, took seventh, ahead of Diego Menchaca, another to have their fastest time deleted, Alfonso Celis and Roy Nissany.