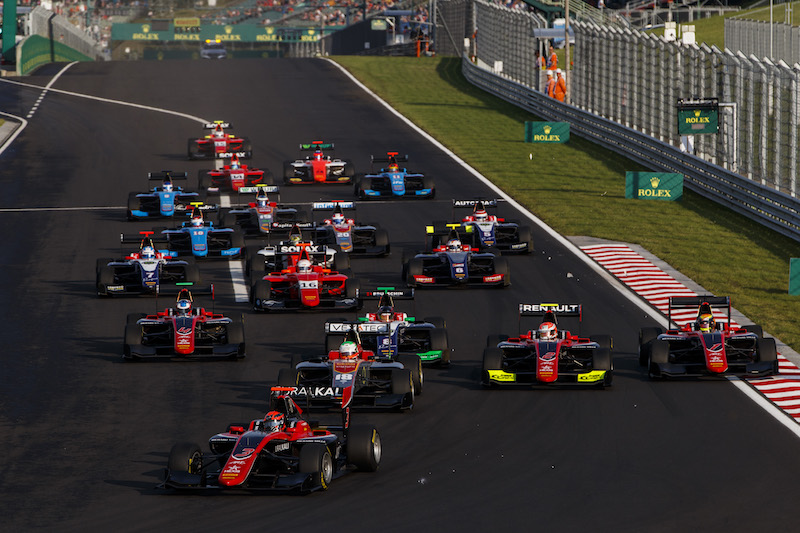 The list of 10 teams given a place in the new FIA Formula 3 Championship for 2019 has been made official, including Mercedes-affiliated HWA.

HWA, together with European F3 entrants Prema, Carlin and Hitech have all been given places in the series, which will replace GP3 on the Formula 1 support bill and be run by Formula 2 and GP3 chief Bruno Michel.

All of the current GP3 teams that wanted to continue in the series – ART Grand Prix, Trident, Campos Racing, MP Motorsport and Jenzer Motorsport – will remain, while Arden has chosen to leave and focus on other projects.

Also gaining a place is the Charouz team, which entered F2 at the start of 2018.

The most notable absentee from the list is Motopark, which finished second to Prema in this year’s European F3 standings, and has run Joel Eriksson and Dan Ticktum to second place in the drivers’ standings in the past two seasons.

HWA has been Mercedes’ main team in the DTM until the manufacturer’s withdrawal at the end of 2018, has built its European F3 engines and is now entering Formula E in connection with the marque. An entry into F2 for next year has also been rumoured.

Together with its teams list, the new F3 series has also revealed that its car will be unveiled during the Abu Dhabi Grand Prix at the end of November, with teams to receive their first units in January ahead of a proposed shakedown.