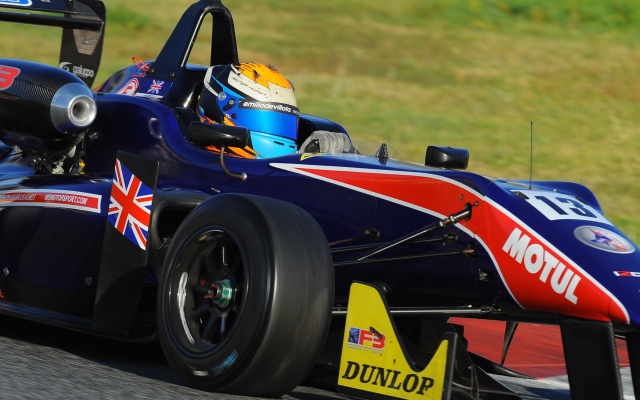 The 21-year-old finished seventh in the F3 Open in 2013, with one race win and two pole positions. He joined West-Tec for the final round of the season at Barcelona, moving across from the Emilio de Villota Motorsport team.

Last month, Hurst announced plans to continue in the rebranded Euroformula Open in 2014 with DAV Racing.

The British racer previously contested a season each in Formula Renault BARC and the FIA Formula Two Championship, finishing tenth in the latter series in 2012.

“This is a great opportunity for me,? said Hurst. ?I would like to thank my manager Mark Blundell and also [West-Tec boss] John Miller for putting this deal together.

“I was able to work with Team West-Tec towards the end of 2013 and really enjoyed it. The chance to compete in the FIA F3 European Championship with Team West-Tec is huge. I can?t wait to get in the car and start testing and for the season to begin.”

“Hector impressed us highly in 2013 and was always a target to continue with us in 2014,” said Miller.

“I am sure that he and Felix are both going to be able to challenge at the front and win races for us this year as we have spent a lot of time putting together what we believe are all of the right elements of the package.”

Hurst’s announcement leaves one of the 30 seats in the 2014 FIA F3 European Championship to be filled – at Jo Zeller Racing.