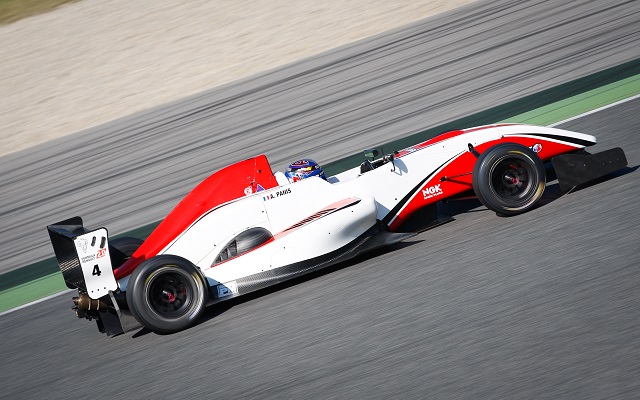 The 19-year-old Frenchman managed a last-minute flying lap to top the three-hour-and-a-half practice.

Prema Powerteam’s Bruno Bonifacio led the standings after the first hour of running, while AVF’s day one chart-topper Beitske Visser took over at the top in the latter half of the session.

The Dutch racer stayed in the lead until the final ten minutes, which a surge of track activity as drivers went out on newer tires. Matt Parry briefly emerged? in first with five minutes to go, before Panis posted the final benchmark of the test.

Charles Leclerc picked up second ahead of teammate Parry, while Visser and Louis Deletraz rounded out the top five.

Bonifacio settled for sixth, with Marin Rump making it three Fortec cars in the top ten in seventh.

Kevin Jorg and the Koiranen duo of Vitaly Larionov and Hong Li Ye made up the rest of the top ten.