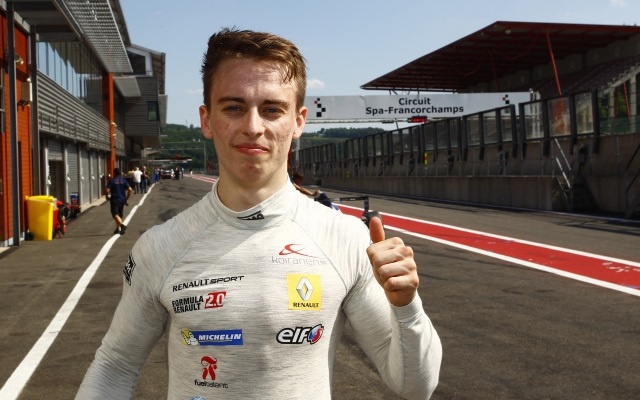 Jake Hughes celebrated his first Formula Renault 2.0 Alps victory in race one of round four at Spa-Francorchamps.

The Koiranen driver converted his pole position into a win, despite giving up?the lead to Jack Aitken?during the opening lap.

Hughes quickly reclaimed first from his British teammate and he maintained a gap of a second throughout the race, which ended one lap early after an incident involving Bruno Baptista.

The Brazilian’s car was stranded on the track and with one lap to go, the race direction opted for a red flag stoppage.

The podium was completed by the JD duo of Matevos Isaakyan and Thiago Vivacqua as both of them managed to pass the slowing Aitken.

Although the Brit briefly fell down to fifth as Vasily Romanov also managed to get ahead of him, the Russian retired after an overtaking attempt on Vivacqua for third.