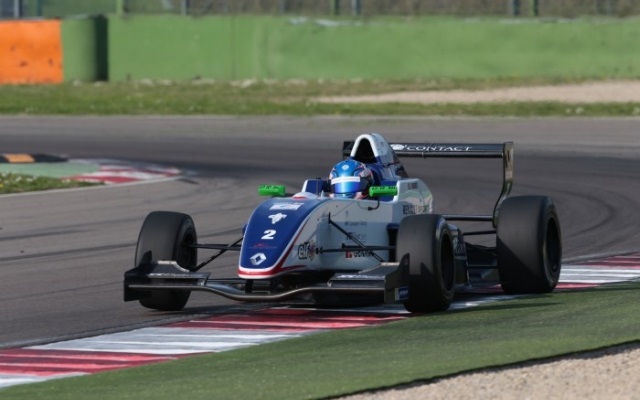 Jake Hughes?kicked off the second Eurocup round of the season at Spa-Francorchamps as the Friday practice pacesetter.

The Koiranen driver recorded his benchmark in the second session, improving on Dennis Olsen‘s time from the rain-affected first practice.

In the morning, the Norwegian had had the early lead just after 13 minutes, not long before rain started to pour on the track, making it impossible to improve afterwards.

As such, Olsen maintained his gap of half a second throughout the session which was once red-flagged due to Darius Oskoui stopping at the exit of Les Combes.

Jack Aitken ended up second followed by Matevos?Isaakyan and Hughes.

The second session was held under dry conditions and it was Hughes who took the lead at mid-session. Although he was momentarily dethroned by Kevin Jorg in the final minutes, ?the Briton still ended up quickest.

The Swiss driver had to settle for second ahead of Ukyo Sasahara, compatriot and teammate Deletraz and sophomore driver Aitken.

Ignazio D’Agosto was sixth fastest, narrowly edging Hubert, Olsen and Max Defourny as the top ten was completed by Barnicoat.