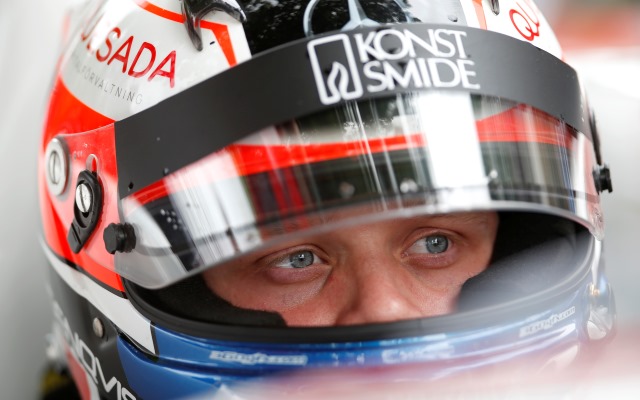 Felix Rosenqvist came out on top in qualifying for the first race of the FIA F3 European Championship weekend at Monza.

The Swede out-paced his Prema Powerteam stablemate Jake Dennis by 0.183 seconds, but Dennis will start the first race back in seventh due to a grid penalty for a collision in the final race at Pau two weeks ago.

Santino Ferrucci will therefore join Rosenqvist on the front row. The Mucke Motorsport driver, who celebrates his 17th birthday on Sunday, was two tenths off the pace.

Row two will see Alex Albon joined by Raoul Hyman, as both continued their impressive speed around the classic Italian circuit. Albon was the only Volkswagen-powered runner inside the top seven.

Italian F4 champion Lance Stroll will start fifth in his Prema car alongside Mucke’s Mikkel Jensen as rookies locked out the second and third rows on the grid.

Championship leader Antonio Giovinazzi was only eighth quickest, just ahead of team-mate George Russell as Carlin continues to lack frontrunning pace at Monza this week.

Both will however start ahead of Giovinazzi’s closest title rival Charles Leclerc, with the Van Amersfoort Racing driver failing to repeat the form that saw him top the pre-event test on Wednesday.

Having qualified third for every one of the past six races, Maximilian Gunther couldn’t match his team-mate Ferrucci and was only 19th.

He was however just 0.819s off the pace, with 22nd-placed Eurointernational debutant Artur Janosz the last driver within a second of Rosenqvist. His team-mate and former GP3 runner-up Facu Regalia was 34th of 35 drivers, with the whole field covered by just 1.66s.