Hubert made to wait as Gounon is given Ledenon win 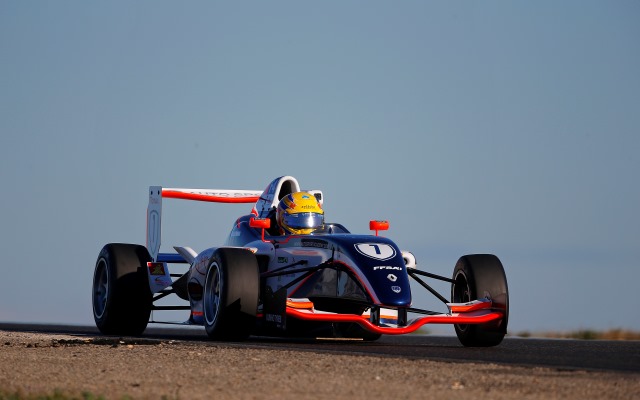 Anthoine Hubert thought he had secured the French F4 Championship with victory in the first race of the weekend at Ledenon, only to be penalised for his defence of the lead from chief rival Jules Gounon.

Starting from pole position, Hubert came under attack from Gounon at the first corner but kept hold of the lead for the duration, winning by 0.748 seconds. The stewards took issue however with the way in which he defended at the start, giving him a 30 second time penalty that dropped him to 11th in the results.

Felix Hirsiger made a good start to move up to third. He challenged Gounon initially before falling into the clutches of Tristan Viidas, but the Anglo-Swiss driver managed to hold on to his place, which became second with Hubert’s penalty.