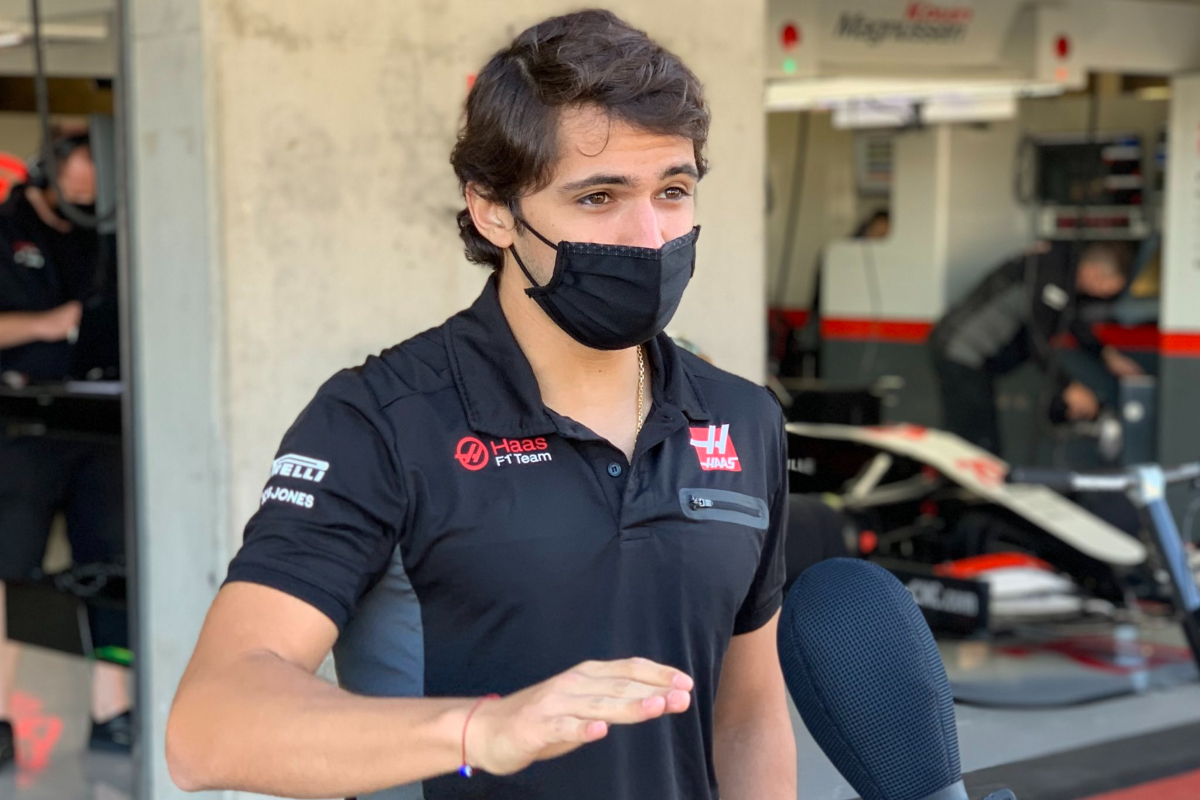 Before the Bahrain GP, it was widely expected F2 frontrunners Mick Schumacher and Nikita Mazepin would be the next drivers to make their F1 debuts, and with Haas. But an even more famous name has beaten them to it

When Romain Grosjean crashed on the opening lap of last weekend’s Bahrain Grand Prix, the very last thing on anyone’s mind was who would be driving his car in the next F1 race a week after.

Everyone was glad to see Grosjean to escape the horror shunt with only minor burns and a few nights in hospital, but the 2011 GP2 champion was quick to be ruled out of action for this weekend’s Sakhir GP on Bahrain’s Outer layout.

Haas has two reserve drivers. One is Louis Deletraz, who took his fifth Formula 2 podium of the season on the Bahrain support bill over the weekend, the other is former DTM racer Pietro Fittipaldi – and he’s the one who’s got the call-up.

Fittipaldi’s route to F1 has been unconventional – though not necessarily out of choice.

Born and raised in the United States, Fittipaldi made the choice to come over to Europe in 2013, competing in Formula Renault BARC, the United Kingdom’s secondary-level two litre series until FR2.0 UK’s 2011 demise, with selected BRDC British Formula 4 apperances.

The domination, as well as apperances in FR2.0 Alps and the Eurocup, earned him a try-out for the Ferrari Driver Academy in October 2014.

Oddly, no driver who tried out at the end of that year continued with the FDA, and the three other drivers trialed that year have since fallen into obscurity, though Axel Matus went on to win the NACAM F4 title and later raced in the FR2.0 Eurocup. 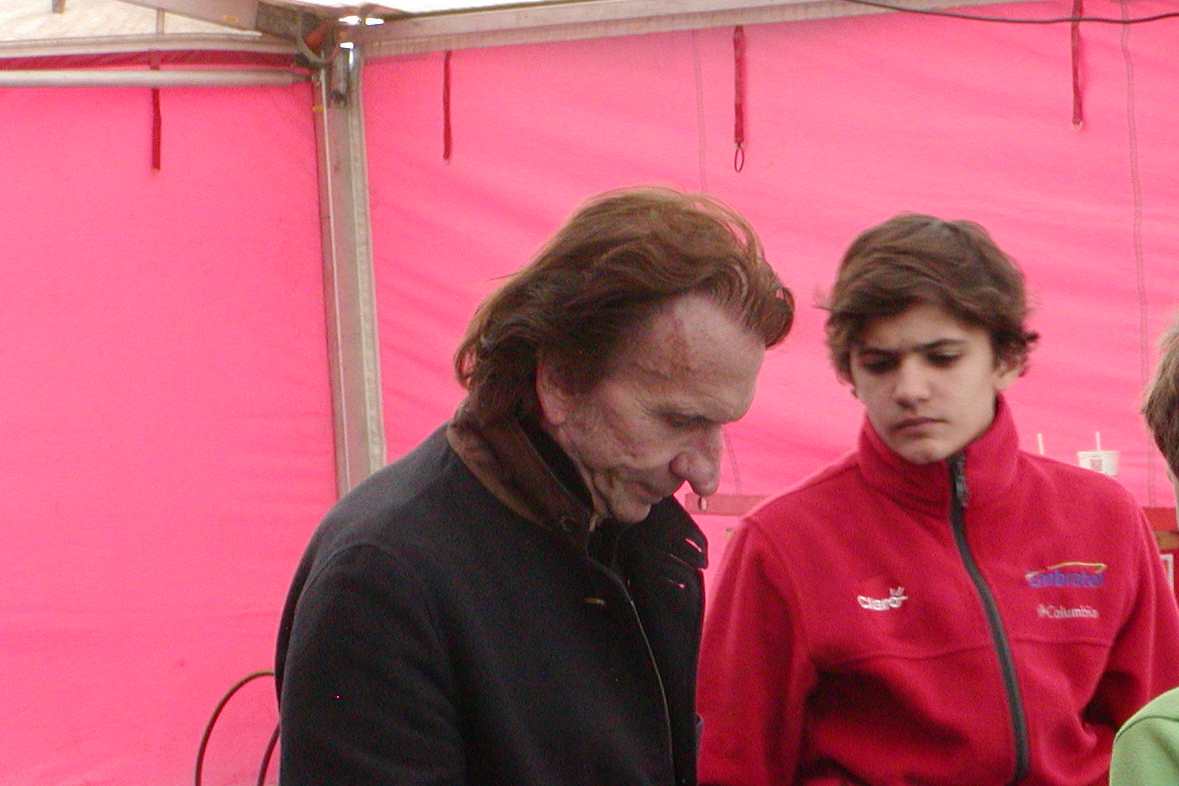 Fittipaldi with F1 title-winning grandfather Emerson while in FR BARC

Fittipaldi’s road to F1 was by no means over, however, and his career continued in typical trajectory by competing in FIA European Formula 3. Unlike the FIA F3 Championship of today, this was a rival to the third series on F1’s support bill, which at the time was GP3.

It’s hard to say what would have been different if Fittipaldi had joined the FDA. At this point, the only driver to have made it to F1 with FDA support was Jules Bianchi, though Antonio Fuoco, Raffaele Marcillo, and Lance Stroll had all taken titles with Prema while part of the Scuderia’s young driver set-up.

In an F3 field that featured the likes of Charles Leclerc, Felix Rosenqvist, and George Russell, Fittipaldi was largely in the background with the underdog Fortec Motorsports team. A broken wrist sustained early in the season forced him to miss a weekend, though he soon returned, and picked up his maiden rookie classification podium the following race weekend.

While the results may not have looked impressive – he took just seven points finishes over the course of the season – he was the only Fortec driver to score points. Even if Fittipaldi had been performing at 101% every weekend, there way no way he could rivalled Prema at the top.

It was at this point Fittipaldi’s career took a step off the well-trodden path.

Even as recently as 2016, the junior single-seater ladder more resembled a net. Rather than another season in European F3 or into F1 support series GP3 and GP2, Fittipaldi made the move to World Series Formula V8 3.5.

He hadn’t quite proven himself at the F3 level, but during the off-season he contested the MRF Challenge and beat current Alfa Romeo Racing tester Tatiana Calderon to the title. Come Sunday, he will be the first series graduate to race in F1. 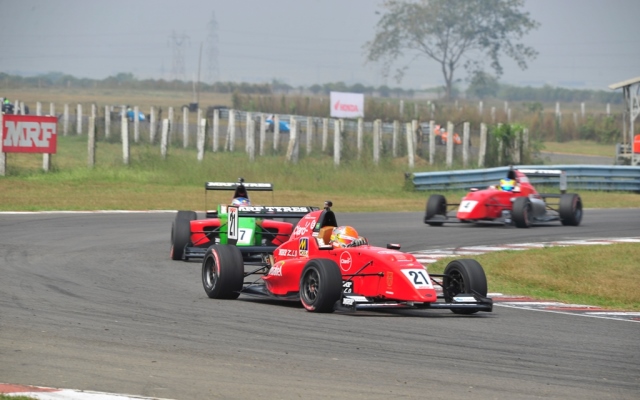 While Formula Renault 3.5 has been a stepping stone for multiple F1 drivers – most recently Nicholas Latifi – it had lost its manufacturer support at the end of 2015 as the FIA sought to streamline to path to F1, making it a far less attractive series.

The 2016 season, under the FV8 3.5 name, was largely a battle between Fittipaldi’s Fortec team-mate (and future Haas stablemate) Deletraz and AV Formula’s eventual champion Tom Dillmann.

While Fittipaldi only finished 10th, it’s actually this season and his following year in the championship that hint at what he’s capable of.

Much like his first season in FR BARC just three years prior, 2016 was a learning year for Fittipaldi. By the end of it, he scored his first overall podium at Barcelona was the second best rookie in the points behind Deletraz.

He put the learning to good use the following year.

The 2017 FV8 3.5 season was definitely a low point for the championship over its 20-year history, and it was little surprise when the championship announced it would come to a total close on the eve of the season finale.

With only 12 cars on the grid for much of the year, it’s easy to write off what Fittipaldi accomplished by winning the title in a Lotus-branded car. However, many of these drivers he had been competing against the previous year – and they were beating Fittipaldi.

While aspects like a new team must be taken into account, as Fittipaldi switched to Charouz Racing Systenm, the fact he so convincingly beat those who had previously been ahead shows signs of the improvement he was capable of when sticking to a championship for more than a year. 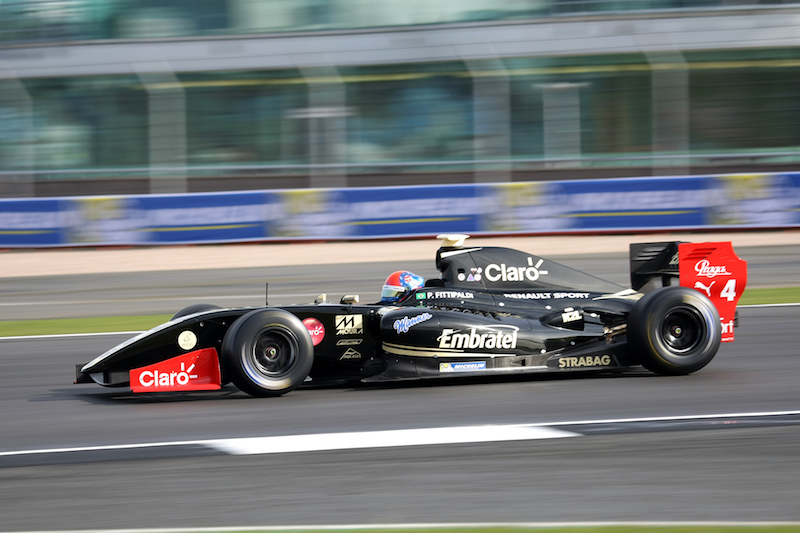 It’s here we come to another ‘what if?’ in Fittipaldi’s career. It’s easy to imagine he would have shown the same progress had he spent a second season in European F3. The 2016 grid in that series was filled with stars of the future. If Fittipaldi had at the very least been in the mix with Callum Illott, Ralf Aron, and Anthoine Hubert, it’s likely his career would have gone down another path.

As it was, Fittipaldi was left with a number of options for 2018, and it looked like it should have been an exciting year. Part-time campaigns in IndyCar, Super Formula and the World Endurance Championship would have kept him on the international stage.

While not in anyway a conventional way to F1, it wasn’t unimaginable. The 2018 Toro Rosso line-up consisted of two drivers who had been the very best the previous year in two of the three series Fittipaldi would be competing in.

However, success in these championships was not meant to be.

In May that year, Fittipaldi entered his first WEC event at Spa-Francorchamps. An electrical problem led to high-speed crash during practice as he entered Eau Rouge, and Fittipaldi was left with two broken legs. Not only did it rule him out of a debut in the Indianapolis 500, it put his motorsport career on hold for half a season.

Despite the setback, the F1 dream was still in place as he had already been in talks with Haas. At the end of the year, he ran in F1’s post-season test with the team, and spent 2019 as an official test driver. At the same time, he competed in DTM.

After the break from single-seater racing, Fittipaldi was back at the end of last year with an attack on Asian F3 to earn the FIA superlicence points he needed to race in F1 following the lost chance of scoring points from his dirsupted 2018. 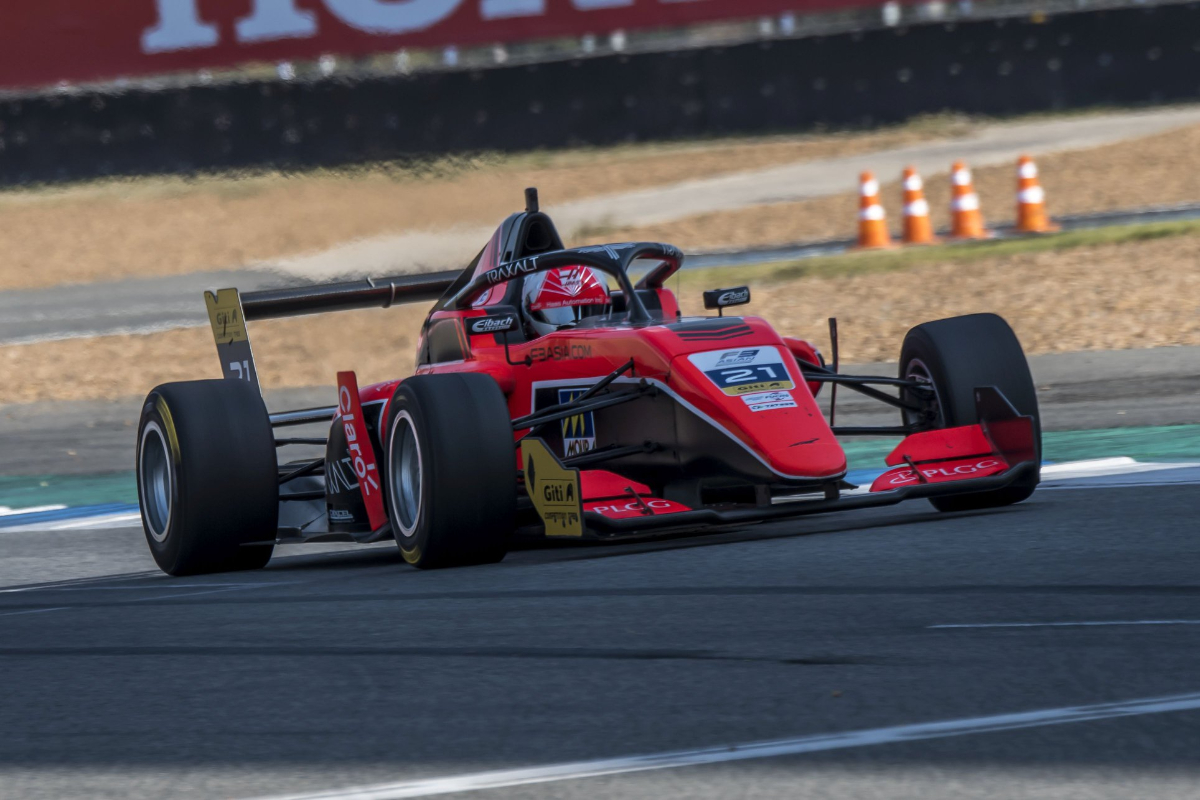 More than any other championship he’s competed in in his roller coaster career, it was possibly the oddest – and at the same time wisest – decision has been to not race in another series in 2020.

With travel so restricted, Fittipaldi has spent 2020 on the sidelines in F1, working with Haas behind the scenes in the factory and at the race track. The decision to call off a return to Super Formula, following the one race he did in 2018 before being injured, has meant he’s in the right place at the right time to take over from Grosjean, and doesn’t have a F2 campaign to prioritise over reserve driver duties, as is the case for Deletraz this coming weekend.

While the FIA tries desperately to solidify the single seater-ladder into one clear route to F1, the latest F1 new-comer has shown that well-trodden route isn’t necessarily the way to go.