Ramon Pineiro has scored three consecutive victories in F2, where he is part of a campaign that looks to harness fan power to keep him racing on the path to F1…

After competing in karting, Ramon took part in a Formula BMW Scholarship qualifier in 2007 at Valencia, earning a place in scheme for 2008 and with it took part in Formula BMW Europe. He finished 20th overall in the standings, as the sixth best rookie, with three top ten finishes. He did take a double pole position in just his third meeting at Silverstone, but found the gravel in the first race and spun at the start of the second. He also scored a fastest lap at Spa-Francorchamps circuit. 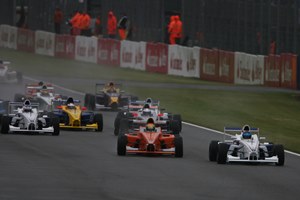 Remaining in the category for 2009, he was unable to make any significant improvements to his championship position, ending the year in 19th overall, with just one top ten finish. At the end of the year he contested the final two meetings of Formula Palmer Audi in the UK, picking up a podium finish in the final race at Snetterton. In December he had his first contact with the FIA Formula Two Championship in a test at Portimao.

Racing in Formula Palmer Audi full-time in 2010, Ramon scored four victories in the second half of the season, which combined with seven other podium finishes took him to third in the final standings. 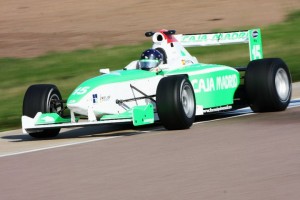 Ramon made his race debut in F2 at the final round of the season at Valencia, finishing the second of the races in tenth place. He returned for a full season in 2011, finishing in the points in five of the first eight races before finishing second and then winning in the two races at Brands Hatch. At the next round at the Red Bull Ring he took pole for the first race and won both encounters. This has elevated him to third in the standings with two rounds remaining.

To help raise the budget needed to race in F2, Ramon has been the focus of a scheme called Movimiento I’mPossible, which encourages fans to join his team for a small contributon.

Talent rating: Ramon impressed BMW’s talent scouts sufficiently to land a scholarship for Formula BMW, but was never able to become a frontrunner during his two years in the series. He has since impressed in Formula 2, and is now getting the results to match. 6/10

Chances of getting to Formula 1: Finishing third in F2 will see Ramon earn an FIA Superlicence, as well as a GP2 test. If he is struggling to get the budget to do the low-cost F2 it raises questions about his ability to step up the ranks. GP3 could be an option for next year, but further sponsorship will most likely be needed to race in GP2. He is managed by former F1 driver Martin Donnelly. 5/10 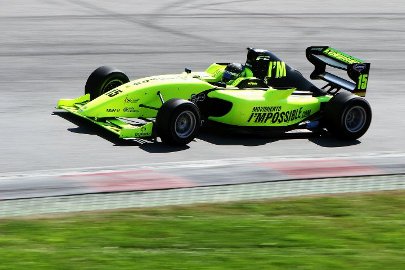 In contention for the GP3 title: James Calado