Christian Vietoris hopes to join the large number of his compatriots in F1, but is leaving his options open – contesting a dual programme of GP2 and DTM this year…

After his karting career, Christian stepped up to single-seaters in 2005 when he raced in the Formula BMW ADAC series in Germany. He finished 17th overall, with a fourth place finish at the season finale at Hockenheim being his best result. He remained in the series for 2006 and won half of the 18 races on his way to the title. He also won the Formula BMW World Final at Valencia at the end of the season.

In March 2007 Christian raced in A1 Grand Prix in Mexico, driving the Germany car in place of his predecessor as Formula BMW ADAC champion Nico Hulkenberg, who had almost claimed the title courtesy of a dominant run of victories. He raced in the German F3 Cup in 2007, scoring two races wins and finishing fifth overall. He got to test a BMW F1 car at that year’s Formula BMW World Final as a prize for his triumph in the previous year’s race. 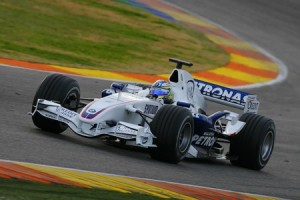 Vietoris got to test a BMW F1 car in 2007 as a prize for winning the FBMW World Final - Photo: BMW

Christian made further appearances in A1 Grand Prix during the 2007-08 season, winning a race in New Zealand. Meanwhile he stepped up to the F3 Euro Series for 2008. Driving for Mucke Motorsport, he scored a podium in his first weekend at Hockenheim, before winning a race at the Norisring. A double podium came later at Barcelona on his way to sixth in the final standings. 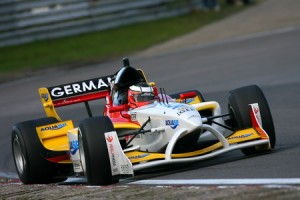 Christian rose to prominence when he filled in for the dominant Nico Hulkenberg in A1GP - Photo: A1GP

Remaining in the Euro Series with Mucke for 2009, Christian won races at Laustiz, the Norisring, Oschersleben and Dijon to finish as runner-up behind dominant champion Jules Bianchi. He opted to miss the final race of the season to make his debut in GP2 Asia at Abu Dhabi. After finishing sixth in the first race he won the second from the reverse grid. 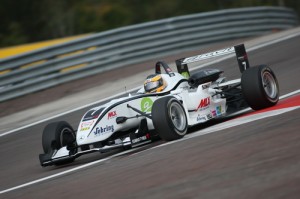 He switched from DAMS to Racing Engineering for the 2010 main series, and scored two second-places at Hungary before winning the sprint race in Monza. He finished ninth in the final standings, despite missing the final round in Abu Dhabi due to appendicitis.

Although he signed to remain with Racing Engineering for 2011, Christian was left out for the Asia Series. This put him at a disadvantage to his rivals for the main series most of whom contested the two rounds with the new generation GP2 car and new Pirelli tyres. He crashed heavily in the sprint race at the season opener in Turkey, which saw him miss the next two rounds due to suffering from headaches. Since then he finished second at Silverstone before taking pole position and a victory in the rain at Spa.

Having been supported by Mercedes-Benz since his F3 days, Christian is also racing for the marque in DTM in 2011, scoring a best result so far of ninth place. Christian is managed by Gravity Sport, displaying their logos on his cars since the start of 2009.

Talent rating: Christian showed promise with his FBMW titles, and was a consistent frontrunner in F3. He has shown flashes of talent in GP2, most notably last weekend at Spa, but has struggled to show this as consistently as some others. 7/10

Chances of getting to F1: Gravity’s financial support would usually be a help, but the firm has a number of promising drivers chasing GP2 seats, and they may be unwilling to pay for Christian to do a third year of GP2. Continuing in the DTM with Mercedes looks like the next step. 5/10 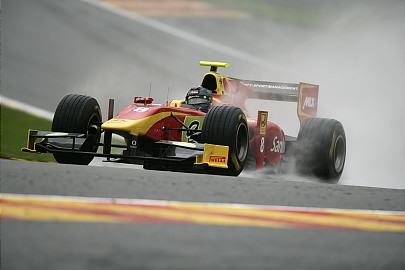