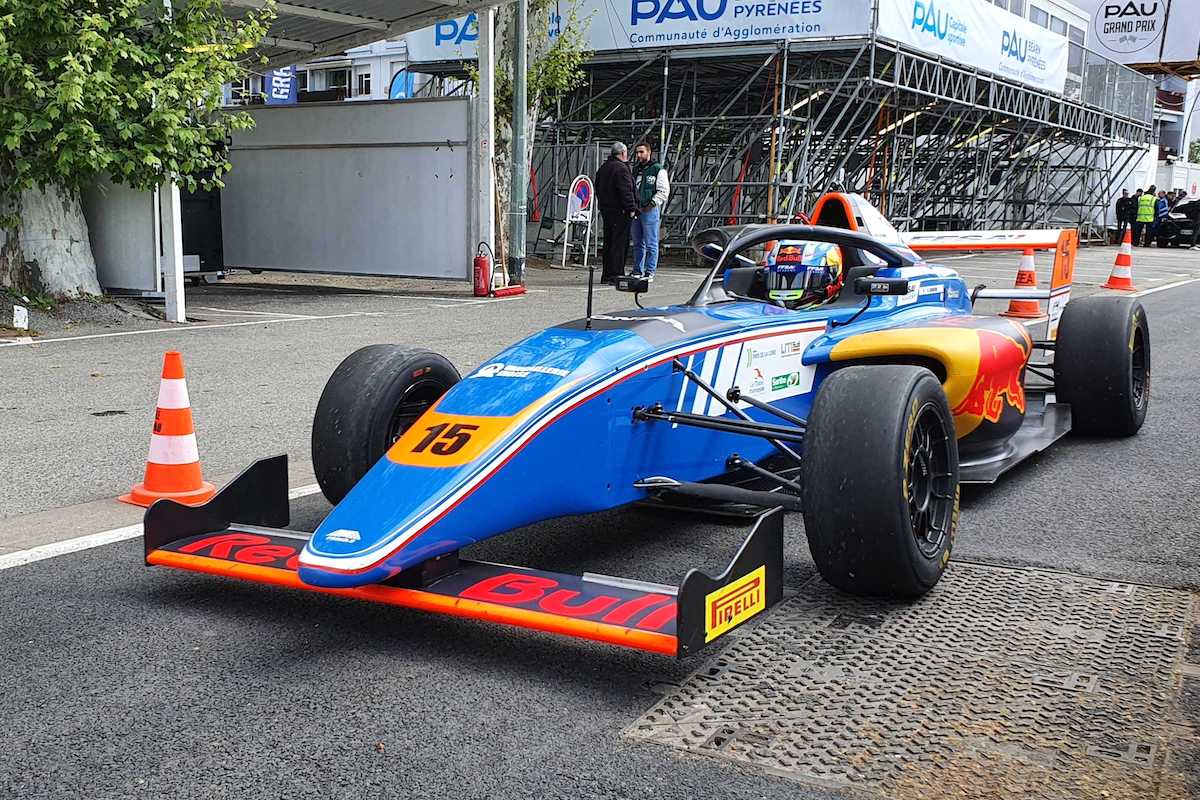 The session was red flagged twice, the first time when Jeronimo Berrio hit the tyre barrier at turn eight, and the second shortly after the restart and which led to the rear of Pol Lopez’s car being taken apart in the pits and him not returning to track.

Alessandro Giusti was the initial setter of the pace, but laptimes quickly improved and soon Hugh Barter, Elliott Vayron and then Berrio were ahead and the laptime to beat was a 1m23.804s.

Over two seconds was knocked off that before Berrio’s crash, and it was Honda junior Souta Arao who sat at the top with a 1m21.645s when the red flags waved for the first time.

There was early drama too as Edgar Pierre broke his front wing by hitting the barriers but avoiding interrupting the session.

He managed to sneak in a 1m21.607s before the second stoppage, then was on course for further improvement before Pablo Sarrazin stopped at turn nine with two-and-a-half minutes remaining and brought out yellow flags.

Once the track returned to green there was only a minute to go, and Giusti went from fourth to first by becoming the first driver to lap in the 1m20s.

Nobody looked like they could beat him, but Honda junior Yuto Nomura and Pierre-Alexandre Provost did jump up to second and third as the chequered flag fell and it turns out they did so just in time to get another lap in.

Nomura set a 1m20.596s to usurp Giusti, and Provost was less than three tenths slower in third.

Mateo Villagomez was the very last to cross the line and he leapt up to fourth with a 1m20.959s, and Louis Pelet’s final lap shuffled Arao and Barter down to sixth and seventh.

Sarrazin, whose car remained on track after he came to a stop, was 12th fastest.