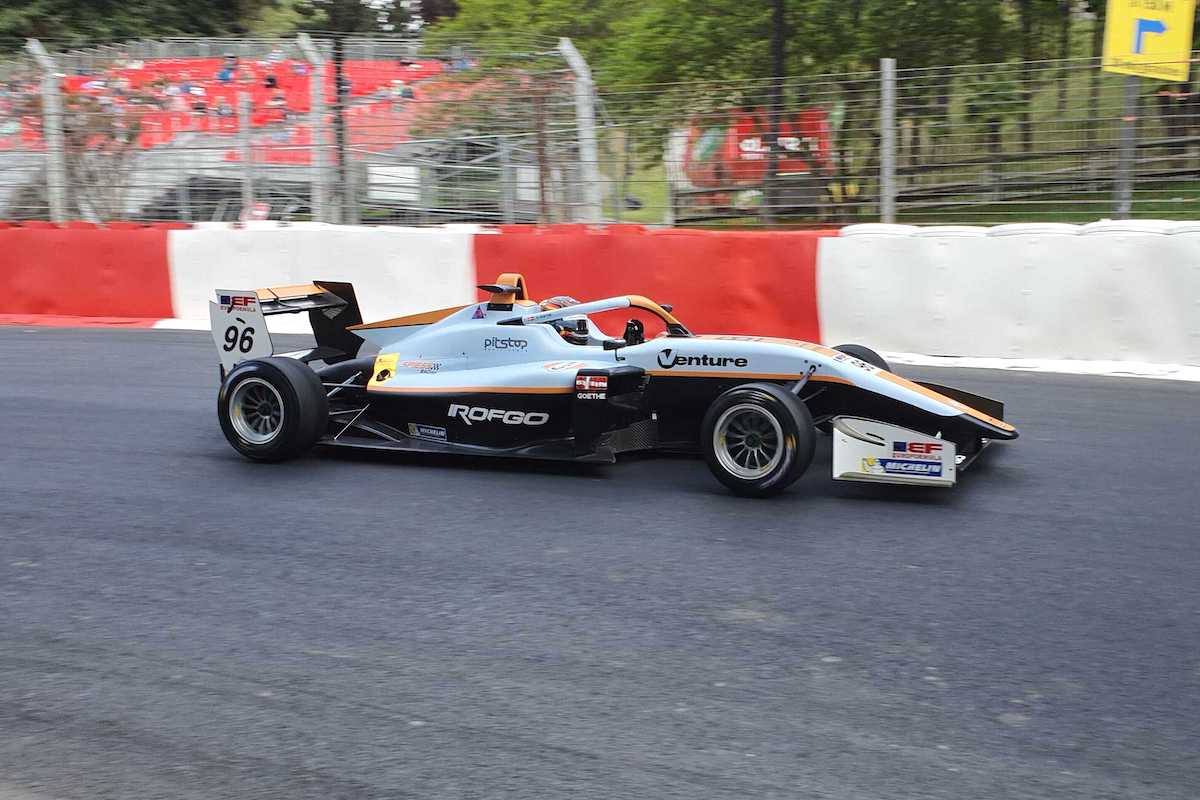 Motopark’s Oliver Goethe was fastest in the first practice session for the Pau Grand Prix.

The Euroformula points leader disputed first place with Christian Mansell, who drives for Motopark’s Japanese offshoot CryptoTower Racing Team, and it was Mansell who was on top at the end of the first runs.

Van Amersfoort Racing’s Nicola Marinangeli was first to post a lap, a 1m30.089s, with Nico Pino knocking four seconds off that with his first effort in the sole Drivex School car as Alex Peroni is absent.

Marinangeli’s team-mate Filip Ugran knocked another six seconds off the pace, and then Mansell began his time at the top in the 1m17s.

He improved to 1m14s, and then to 1m13s before the track got too busy and he went on a cooldown lap. At this point Goethe jumped ahead with a 1m12.960s, but with drivers ending their first runs it cleared the track up again and Mansell managed to set a 1m12.550s before he dived into the pits.

That kept him ahead until, with 11 minutes to go of the 40-minute session, Goethe used fresh tyres to better Mansell as both broke into the 1m11s.

Goethe set a 1m11.598s, exactly a tenth faster than Mansell, and later improved by 0.061 seconds to keep himself on top.

Mansell though found more pace and set a 1m11.167s with just over four minutes remaining, and before he hit the guardrail at turn seven. With two-and-a-half minutes to go he was back down to second as Goethe recorded a 1m10.909s. He went even faster at the very end, concluding FP1 with a 1m10.873s.

CryptoTower’s Vlad Lomko was almost a second back in third place, with Josh Mason and Frederick Lubin completing an all-Motopark-run top five.

It was a quiet session in terms of yellow flags, as BVM Racing’s Francesco Simonazzi had a similar incident to Mansell’s but it did not interrupt proceedings too much.

Effective Racing made its first appearance in a competitive Euroformula session, and its driver Vladimir Netusil kept out of trouble but was 10 seconds off the pace.