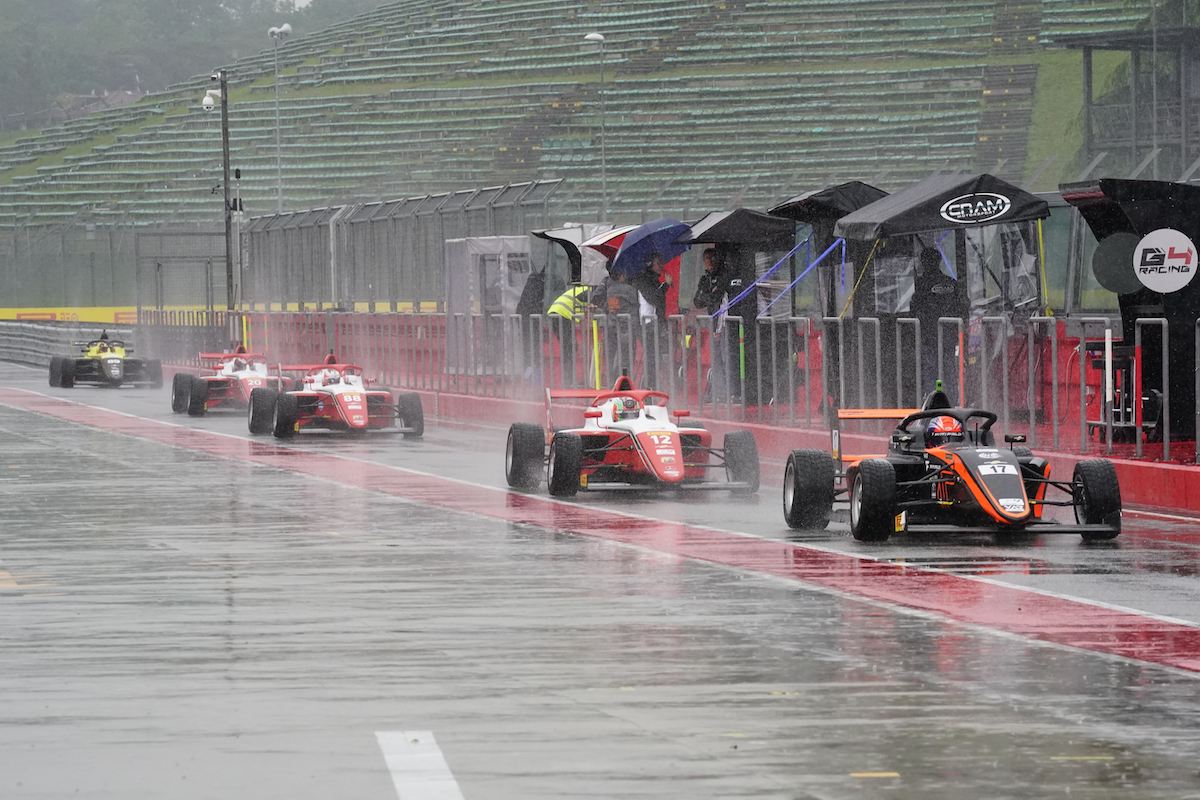 Andrea Kimi Antonelli was comfortably fastest in Friday morning’s collective test before the Italian Formula 4 opener at Imola, which was heavily disrupted by rain.

The circuit was very wet when the session but many of the drivers tentatively took to the track, completing their installation laps.

However, just 12 minutes into the scheduled 40-minute session, the running was halted due to “safety conditions in Turn 17” coming down the hill into the first part of the Rivazza complex.

This was likely due to aquaplaning from the drivers on the run down to that corner, which is at one of the fastest points of the circuit.

The session was resumed after a 20-minute delay, with the clock reset to 16 minutes, and R-ace GP’s Frederik Lund was at the top of the times at that point with just seven drivers having completed a timed lap.

Antonelli wasted no time in getting up to speed when the session resumed as conditions had improved considerably. The Mercedes-AMG junior was over six seconds up on Lund’s pre-red flag benchmark and over two quicker than Prema team-mate Rafael Camara.

There was a full course yellow with nine minutes remaining, as Jules Castro had an incident in the first sector, and that was cleared up with five minutes to go.

The times improved notably even more, and it was Antonelli and Camara who were comfortably quickest in the field.

That was before Antonelli turned things up another gear on his penultimate lap, going three seconds quicker than Camara and fellow team-mate James Wharton.

Antonelli went no quicker on his final lap, and all that Wharton and Camara could do was make insignificant dents into his enormous advantage. At the end, it stood at 1.626s to Wharton.

Camara was third, with Lund fourth quickest. The fourth Prema entry of Charlie Wurz was fifth, ahead of Taylor Barnard of PHM Racing.

Alex Dunne, Nikita Bedrin, Kacper Sztuka and Martinius Stenshorne rounded out the top 10, with Marcus Amand not too far behind in 11th, albeit nearly four seconds off the leading pace.

Italian F4 attracts another packed out grid for 2022