Italian F4 attracts another packed out grid for 2022 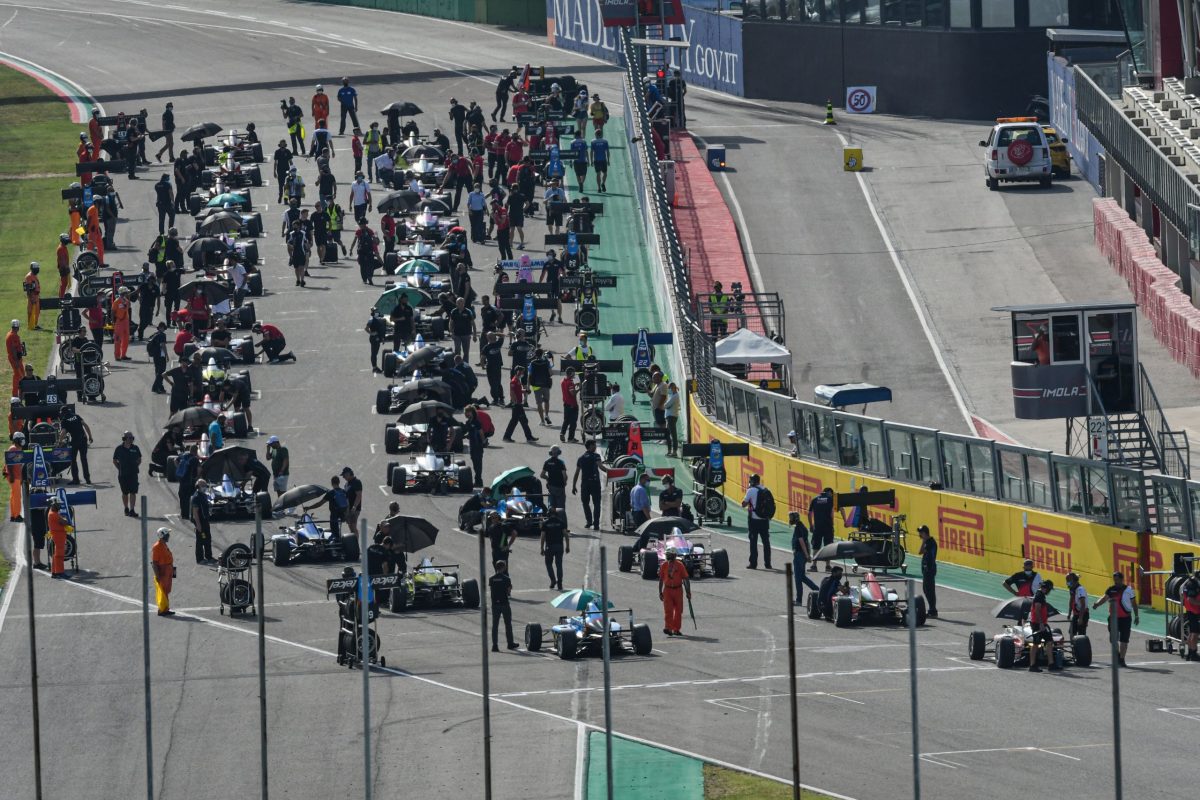 There is expected to be over 30 drivers at every Italian Formula 4 round this year, with the season kicking off at Imola this weekend.

The 2022 campaign will be the first using the new Tatuus T-421 car, and has been purchased by 14 teams with the intent of racing it in the Italian championship.

As in previous seasons, Prema and Van Amersfoort Racing will be fielding the largest line-ups and the ones that are most likely to include the champion, with Formula 1 juniors from Red Bull (karting graduate Arvid Lindblad who will debut once he turns 15), Mercedes-AMG (Andrea Kimi Antonelli) and Ferrari (James Wharton and Rafael Camara). Iron Lynx also has a Ferrari junior in Maya Weug, who will be under pressure to perform after her lacklustre rookie season.

The seven-round season includes trips abroad to the reprofiled Spa-Francorchamps and the Red Bull Ring, with the ‘home’ rounds being Imola, Misano, Vallelunga, Monza and Mugello. The entry list is anticipated to go way beyond 40 for the Spa round, and the series may need to run heat races or have non-qualifiers if that is the case.

While it would be a safe bet to predict that on of the Prema or VAR stars will become champion, and it is Prema duo Antonelli and Camara who lead the way in Germany’s technically identical ADAC F4 series, there’s the increased presence of former part-timer US Racing to factor in this year too with current British F4 leader Alex Dunne and Polish rising star Kacper Sztuka.

Other names to keep an eye out on are Formula Delta Brasil race-winner Pedro Clerot at AKM Motorsport and Jenzer Motorsport’s William Karlsson who is the reigning champion of the Formula Renault 1.6-spec Formula Nordic series. Both are prioritising other F4 series, but when they appear they are sure to turn heads.