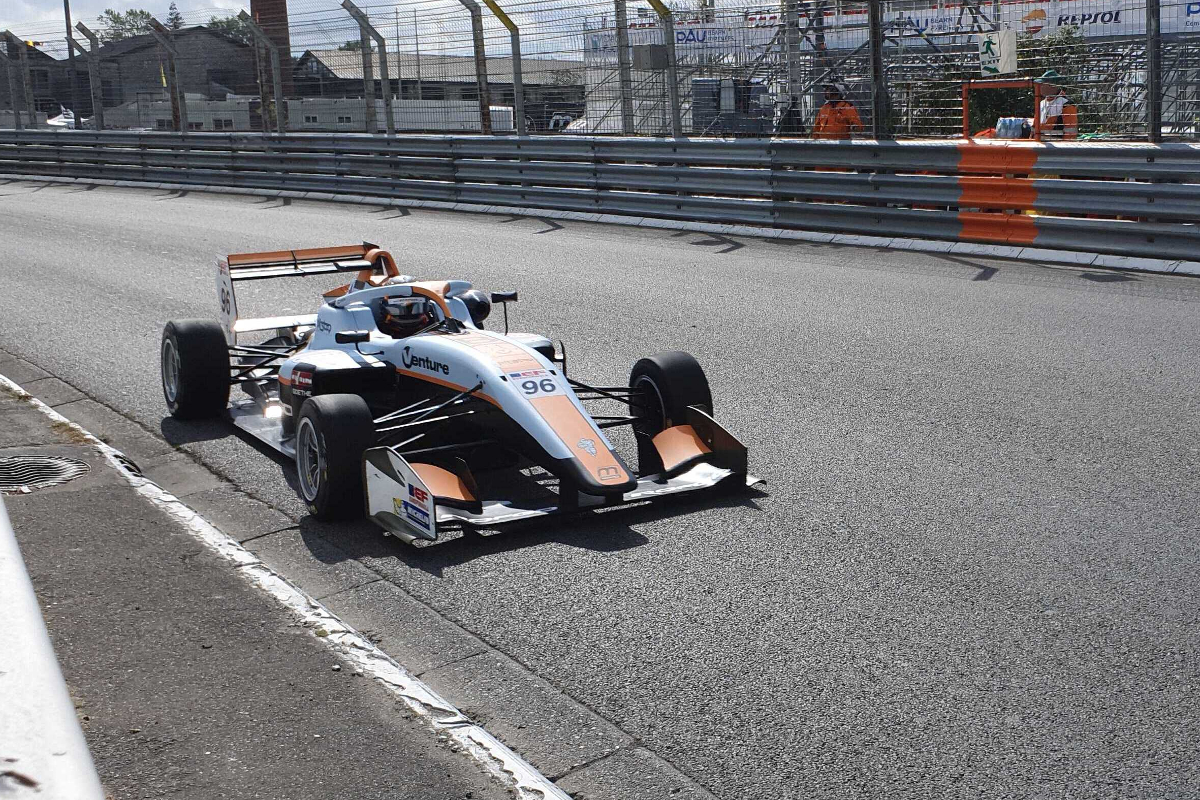 Motopark’s Oliver Goethe was quickest once again in free practice two for the Pau Grand Prix on Friday afternoon.

Goethe was in first place through the first two thirds of the 40-minute session, with CryptoTower Racing Team’s Josh Mason initially his closest rival.

His team-mate Christian Mansell then moved into second place, but hit the guardrail at turn two soon after and ended his day on the spot. One the track returned to green flag conditions there were few improvements as most of the first runs came to an end.

That lap was set with 12 minutes to go, and a minute later Vlad Lomko, driving for Motopark’s Japanese offshoot CryptoTower, bettered him by 0.002 seconds. Mason moved up to second shortly after that, and then after that Goethe returned to the top with a 1m10.971s.

Lomko made two improvements and got up to second again, but was still three tenths behind Goethe, and then Effective Racing’s Euroformula debutant Vladimir Netusil hit the turn 13 guardrail just as VAR’s Filip Ugran was getting up to speed.

After green flags were waved there again there was still time for Ugran to post several laps and rise up the order, getting up to third and providing a tow for Lomko to take first place with a 1m10.634s lap.

Nobody was able to improve straight after as Ogaard hit the turn two guardrail and brought out yellow flags, and it left two minutes of green flag running at the end.

Goethe used it best, reclaiming first place by 0.159s to continue his strong start to the season and the Pau weekend.

BVM Racing’s Francesco Simonazzi missed FP2 after damage to the front-right of his car from a FP1 crash wasn’t repaired in time, while Drivex School was only running Nico Pino as Alex Peroni is not present.

A team source told Formula Scout that Peroni’s sponsors had prioritised his sportscar commitments, and that for Paul Ricard there are already talks with another driver to fill the second car. What happens to that seat after round three is unclear.