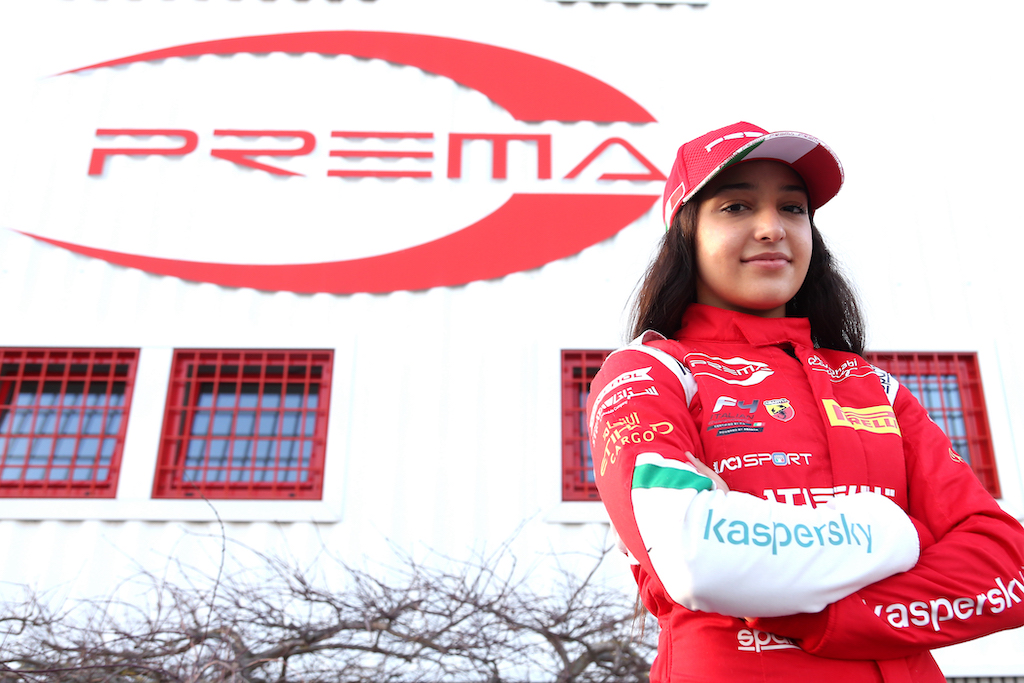 Hamda Al Qubaisi will return to Italian Formula 4 this season and race as part of the Prema Powerteam line-up for the first time.

Al Qubaisi made her debut in Italian F4 in the middle of the 2019 season when she joined her older sister Amna under the Abu Dhabi Racing by Prema banner, run in cooperation with the Iron Lynx operation.

After winning three races on home soil in the United Arab Emirates F4 series at the start of 2020, she returned for a full campaign in Italy, again being run by Iron Lynx, and claimed two points finishes.

Having again claimed three wins and fourth overall in UAE F4 to begin her 2021 season, Al Qubaisi will join up with the Prema line-up in Italy as well as for selected rounds of the German ADAC F4 series.

“I’m very excited to join Prema in 2021 for my Formula 4 Italian Championship campaign,” she said. “I had a great season in the UAE series and look forward to start preparing for the new season in Europe with the team. A big thank you to Abu Dhabi Racing, Strata, Kaspersky and my family for the continuous support.”

“It is great to welcome Hamda to our team for the 2021 season,” team manager Angelo Rosin said.

“We already worked with her in the past and it was a really positive experience. She has a genuine passion for motorsports and her enthusiasm is inspiring and motivating.

“We cannot wait to see her make more and more progress along the way. She already impressed this season in the UAE Championship and I’m sure she will only improve from there.”